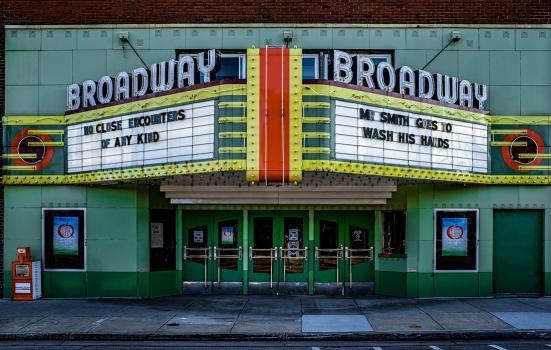 Audiences said they were more likely to attend venues which offered hand sanitiser, scheduled arrival times and seat spacing, and which limited the number of attendees and seated households together. A Covid-safe kite mark would also make them feel more comfortable, they reported.

But they responded negatively to some other safety measures. Daytime shows, restricted use of the facilities and face masks for audience members made respondents less likely to want to visit a venue.

The survey of 62,000 patrons of 232 UK arts organisations is the third carried out by cultural sector consultancy Indigo Ltd since mid-April. The latest edition, compiled in the first three weeks of June, showed no change in the percentage of people currently booking tickets at 17%. Half of those bookings are for events from November onwards, and 70% of respondents said they would not consider buying tickets for events scheduled earlier than October.

The findings also illustrate unease among some of the cultural sector’s most loyal patrons. While 81% said they were concerned for the survival of their local venue, just 17% felt comfortable attending events as venues reopen – 2% fewer than in the May survey.

The survey participants were approached by venues via email, leading Indigo to describe the sample as “an engaged cultural audience with a high frequency of attendance”.

Katy Raines, Indigo Founding Partner and author of the survey, said it shows “there is a tension between what audiences want from us and what is economically viable for most cultural organisations”.

“Audiences are keen to show their support for whatever we can manage to create in the circumstances – digital and outdoor included – but really want to see us reopen as soon as possible, even with social distancing measures.

“Audiences are telling us now is not the time to be in the dark. It’s time to invent, to create and to survive.”

Audiences are interested in online events but don’t consider them an alternative to a live show, the research indicates.

Outdoor events may be a more lucrative option once lockdown restrictions are relaxed. More than 70% of respondents said they would pay as much for an outdoor play or concert as an indoor show.

“There is much more of an appetite to pay ‘the same as live’ for outdoor events than digital,” Indigo concludes.