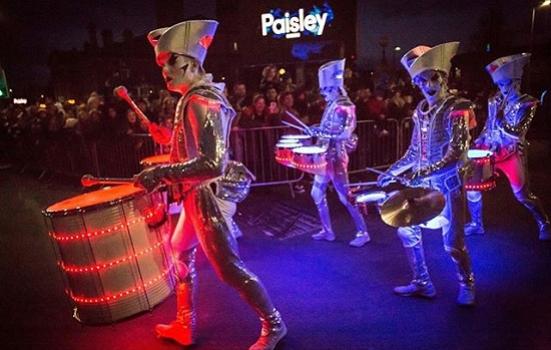 Funding for culture in Scotland is at a standstill as the Government waits for National Lottery sales to improve.

Creative Scotland will receive £62m, £6.6m of which is part of the Government’s recent attempt to offset a sharp decline in Lottery receipts: “This maintains overall planned funding for Regularly Funded Organisations, Screen Scotland and the Youth Music Initiative, all of which we warmly welcome,” the funder said on Friday.

But Scottish arts and cultural organisations could be in trouble when the three-year arrangement expires in May 2021. While Creative Scotland’s income from the National Lottery rose slightly to £28m last year, it was generally worth at least £32m a year before 2017.

The three-year pledge has provided certainty to Creative Scotland amid a harrowing drop in National Lottery revenues. Returns to good causes plummeted 14% in 2016 and despite recovering slightly, have remained unimpressive since. A parliamentary inquiry into improving Good Causes funding, 20% of which goes to the arts, was launched in July.

National Lottery funding makes up about 30% of Creative Scotland’s overall budget. The Scottish Government’s Budget says it wants to maintain the agency’s 121 Regularly Funded Organisations (RFOs) in the face of the “significant decline” in this source of income.

It says it will soon launch its new culture strategy, focussing on three ambitions – “strengthening culture, transforming through culture, and empowering through culture”. However, the document was delayed for the election and the Government has not committed to a new release date.

Funding for major events this year fell by more than £10m following the conclusion of the Solheim Cup golf tournament last summer.

The £51m budget for tourism is an almost 13% increase on last year’s allocation.

The Budget says the Government wants to make Scotland “a destination of first choice visitors, growing the value and positively enhancing the benefits of tourism” and providing “a perfect stage for world-class events”.

It is doubling down on its “commitment to internationalisation” despite the UK’s decision to leave the European Union: “We recognise that our role as an open, outward-looking, connected country is more important than ever.”