A 3.2% decline in National Lottery sales translates into a £6.4m cut for arts funders across the UK. 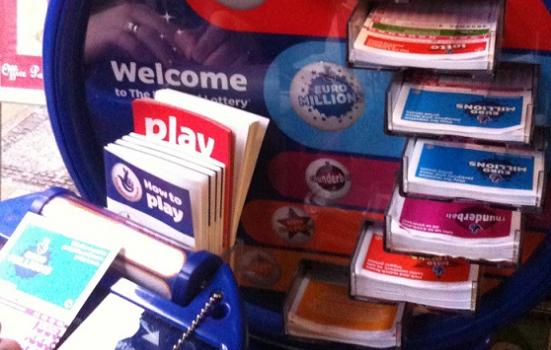 National Lottery sales have continued to slump in the first half of 2017, causing a 4.7% fall in returns to good causes.

Overall, this translates to around a £6.4m cut in lottery funding for the UK’s arts councils.

“A fall in sales is never welcome but, as we announced in June, we did anticipate a further sales decline this year – so our performance over the half-year is in line with expectations,” commented Nigel Railton, CEO of Camelot UK, as he announced plans to bring the National Lottery back into growth.

The news follows a much sharper drop across the whole of last year, in which collapsing sales caused returns to the arts to plummet by £55m.

The reduced income for National Lottery Good Causes has ramifications for national arts funders across the UK.

Funds returned to Arts Council England, which receives 14% of all good causes income, will have dropped by around £5m, to just over £104m.

Camelot has revealed a raft of changes aimed at increasing growth and raising “as much money as possible” for good causes, as part of its strategic review that was announced in June.

These include making National Lottery games available at self-checkout, developing its digital offer and doubling the size of its sales force.

Commenting on the news, a DCMS spokesperson said: “We have been completely clear to Camelot that its strategic review must tackle the issue of declining National Lottery tickets. The Gambling Commission, which regulates the National Lottery, will also continue to challenge Camelot’s performance to ensure they maximise returns to good causes.”

Camelot’s announcement also comes as National Lottery distributors across the UK are joining together to highlight the contribution of lottery funding to society.