Creative Scotland’s budget will be increased by £6.6m each year for the next three years. 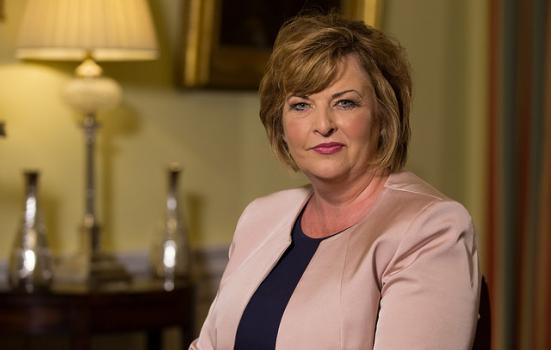 Scottish Culture Secretary Fiona Hyslop said she had been “working relentlessly” to mitigate the impact of a reduction in lottery income
Photo:

Scotland has surprised critics and the arts sector by pledging to increase culture spending by 10% to £166.8m over the next year to offset “significant UK Lottery cuts”.

Creative Scotland’s budget will increase by £6.6m each year for the next three years, specifically to support the Regular Funding programme, and the Scottish Government will contribute £10m to the delivery of a new ‘Screen Unit’.

The proposals are made in Scotland’s Draft Budget for 2018-19, with funding increases across the country supported by changes to income tax that will see higher earners paying more.

The announcement will come as a relief to the arts sector which has for months been preparing for cuts. Creative Scotland has delayed its major regular funding decision until the new year, and put out repeated warnings that the number of Regularly Funded Organisations will fall and that successful organisations should expect a cut.

“The increase in culture spending set out in this draft budget underlines the Scottish Government’s commitment to the pivotal role that culture and creativity plays in people’s lives across Scotland and the cultural, social and economic value delivered through creative endeavour,” said Janet Archer, Chief Executive of Creative Scotland.

“This is particularly welcome in the context of declining income from the National Lottery.”

She continued: “We also welcome the Scottish Government’s commitment to a three-year budget which will help us provide more certainty for those that we are able to support.”

The budget also promises to protect Scotland’s National Performing Companies and the International Touring Fund, and pledges additional funding for National Collections to assist with the delivery of the “new public sector pay policy”.

Scottish Culture Secretary Fiona Hyslop said she was pleased by the developments, stressing she has been “working relentlessly” to “mitigate the impact of the reduction in UK lottery money”.

The letter warned doing nothing would be “irresponsible” given returns for good causes fell by 14% last year and the disappointing National Lottery sales have continued in the first half of 2017-18.

Lottery income for the arts fell by £55m across the UK last year. Creative Scotland told AP this resulted in a £5.3m fall in its lottery income, to £29.1m.

Final decisions on Regular Funding 2018-21 will be issued by the end of January.