A months-long investigation by MSPs has concluded that “urgent, robust action” is needed to ensure fair pay for artists and a viable future for the country’s cultural sector. 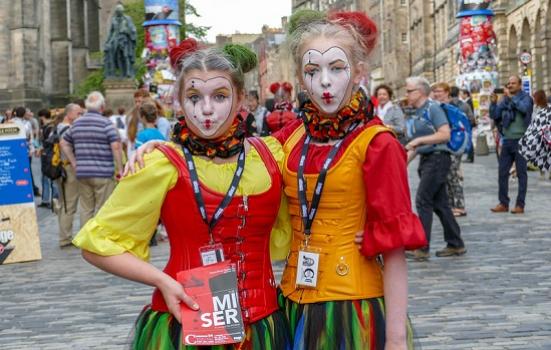 A sustainable arts funding system is one that has artists at its heart, Scotland's Government has been told
Photo:

Scotland’s could commit 1% of its total £425bn budget towards culture if a recommendation from a parliamentary inquiry is adopted.

The country’s first parliamentary inquiry into its arts funding system concluded the Government should aim to commit at least 1% of its £425bn national budget towards culture. It also called for an overhaul of the current funding regime to improve its sustainability as challenges like falling Lottery income and Brexit “threaten artists’ ability to produce work and plan for the future”.

Joan McAlpine MSP, Convener of the Culture, Tourism, Europe and External Affairs Committee, said arts funding needed to focus on artists. “Public funding of Scotland’s arts and culture will only become sustainable if artists are at the centre of policy and paid the fair wage they deserve,” she said.

“The Committee has therefore called on the Scottish Government and Creative Scotland to take urgent, robust action to ensure this becomes the case.”

It also recommends re-establishing regional arts officers, creating a ‘percentage for the arts’ scheme that would require major public construction projects to invest in local arts, and an independent cultural observatory to “measure the spread and impact of the public funding of the arts”.

In addition, the Committee is calling for new legislation – an ‘Arts Act’ – that would underpin a new framework between national and local government to support the arts.

The report says “a more robust approach is required from Creative Scotland” to address artists’ chronic underpayment. The Scottish Artists’ Union told the Committee that three quarters of its members are paid less than union rates, and the Committee notes that self-employed and freelance artists are “the most vulnerable to downward pressures on fair pay”.

But it stops short of calling for the funder to enforce minimum pay rates. Instead, it suggests improved data collection methods that would help Creative Scotland “ensure greater transparency in the amount of funding it awards that goes directly to artists producing artistic work …  to raise the profile of this important issue within government”.

It says artists face “increasing competition for funding in what many see as a bureaucratic system that does not adequately support them to build sustainable careers and artistic ventures” and that under “no circumstances” should individual artists be competing with ‘network organisations’ for Creative Scotland funding.

It recommends staggering the application process to “reduce the burden on applicants who are unlikely to progress to later stages” and introducing peer review panels to improve diversity and fairness.

The Committee found a need to “reset” the relationship between central and local government to improve cultural provision. Despite Creative Scotland emphasising that 74% of its regularly funded organisations (RFOs) operate beyond their home postcodes, “the Committee considers it unacceptable that the regular funding round of 2018 did not improve the geographic distribution of regular funded organisations”.

Holyrood’s approach to implementing its upcoming Culture Strategy must be “cross-cutting”, the Committee says, working with local government and agencies to address barriers to access such as transport and affordability. It recommends partnering with the Convention of Scottish Local Authorities (COSLA) on this work.

However, Scottish Culture Secretary Fiona Hyslop told the inquiry she had found engaging with COSLA “an increasingly frustrating and difficult exercise”: “it is not all about the level of funding; it is about political will as well."

The Government must develop a plan to protect Creative Scotland’s budget from fluctuating Lottery income in the long term before existing commitments expire in 2021, the Committee says. Deputy Convenor Claire Baker MSP noted that the already-variable provision of cultural services is vulnerable to wider pressures on national spending, saying “culture is not a protected budget.”

Arts organisations stressed that a decade-long decline in real-terms funding had left many at breaking point: the Scottish Contemporary Arts Network warned that “standstill will become collapse”. The Committee acknowledged the “significant professional and personal impact that unsuccessful funding bids can have” on the financial viability of artists and arts organisations.

But it said the available data on local arts spending was “inadequate” because it may also include tourism, heritage and sport. According to current data, the Orkney Islands currently records a higher per-capita culture spend than Glasgow (£198 compared to £162). It recommended separating data on local authorities’ culture budgets from that on other spending to provide more clarity.

The Committee found that this forms part of a wider lack of reliable data, saying “it is difficult to find accessible data that presents an authoritative picture of arts funding at a local and national level”. To address this situation, it recommends a new national observatory that would “create and manage an open-source national data resource”.

The Scottish Government is expected to respond to the Committee’s report in the new year.