Covid-19: Funders pledge flexibility to save the sector

Grant funding will be ‘refocussed’ as freelancers rally to support each other – but there may not be enough cash to go around. 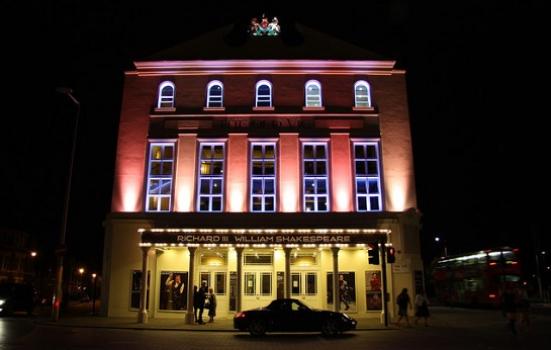 The Old Vic, pictured, has asked theatregoers to donate the cost of their tickets for cancelled shows
Photo:

Arts Council England (ACE) will “refocus” grants programmes and advance payments to keep the sector afloat during the coronavirus outbreak.

But it will be another 10 days before ACE announces a detailed plan to help compensate individuals for lost earnings, the funder said on Sunday.

Funding conditions for ACE’s National Portfolio Organisations (NPOs) and Creative People and Places (CPPs) have been suspended until mid-June at least. Creative Scotland says it will honour its funding commitments “regardless of whether the funded activity is cancelled, reduced or rescheduled” and the Arts Council of Wales' plan to mitigate the financial consequences of Covid-19 is due Tuesday.

While current Government advice for arts organisations is to keep calm and carry on, widespread closures are expected if the outbreak escalates. A growing number of venues are already postponing events and closing their doors to the public.

ACE says: “For NPOs and CPPs, the priority is staying in business.

“We want as strong a sector as possible as we come out the other side of this crisis.”

In exchange for its support, ACE is asking funded organisations and projects to “honour contracts agreed with freelancers and artists and to think about what help they can offer their communities”.

Covid-19 presents an additional threat to freelancers, whose livelihoods are less secure than permanent employees. IPSE, the professional association for the self-employed, says the Government must not treat freelancers – 15% of the UK workforce – “as an afterthought”.

Grassroots efforts to support the sector have started to spring up: some organisations, including the Old Vic, are asking audiences to donate the cost of their tickets for cancelled shows rather than request a refund. Advice and crowdfunding efforts for individuals facing lost earnings are circulating widely.

But raising cold, hard cash may not be easy. Performance artist Bryony Kimmings, who started #GigAid to match donors to artists in need, said she had been “inundated with asks but not with donations”. A separate crowdfunding page to support freelance performers had raised £215 of its £10,000 target on Monday.

“Though we won’t necessarily expect better from the Government, we do expect our institutions to lead the push to support freelance staff as they have the contacts and resources to do so.”

Community artist Francois Matarssso wrote on his blog that the coronavirus presented a rare opportunity to give artists time to research, plan new projects and “dream”.

“Investment in freelance artists will pay off when we can reopen arts centres, care homes and concert halls.”

‘We will be reasonable’

Other public and charitable arts funders say they want to “be as helpful as possible” as organisations focus on maintaining their most vital work.

More than 60 funding bodies, including several local authorities, the Paul Hamlyn Foundation, Esmee Fairburn Foundation and Nesta, have pledged to reassess deadlines and allow grantees to use their funding to cover sickness, purchase equipment or deliver services that alleviate pandemic’s effect on their finances.

“We will be reasonable if you need to move money between budget headings to ensure your work can continue,” an open letter from civil society network London Funders says.

“We, along with a wider group of funders, recognise that the Covid-19 outbreak is an exceptional event that will have an impact on civil society groups, and want to offer reassurance that we stand with the sector during this time.”

Bernard Donoghue, Association of Leading Visitor Attractions (Alva) CEO and the Mayor of London’s Culture Ambassador, said he will ask the Treasury and DCMS to divert £120m earmarked for the so-called ‘Festival of Brexit’ to support organisations facing cashflow problems this year instead.

“The [2022] festival is intended to be a celebration of the UK’s creativity and place in the world – but the arts and cultural organisations still need to exist to deliver it.”