Performers are increasingly losing their jobs, faces and voices to artificial intelligence, a new report claims. What can be done about it? 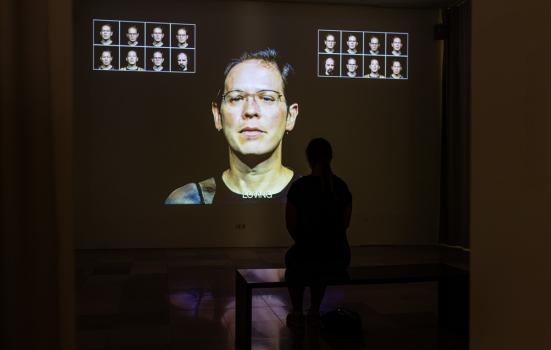 Performers' union Equity says it is "increasingly common" for AI to replace actors, or for performers to have their image, voice or likeness used without their permission.

The threat is especially real for audio artists: 93% of voice actors in a recent Equity survey said AI's rapid development put their opportunities for work at risk, compared to 65% of all performers.

In a report released Thursday (April 21), the union cites expert opinion that synthetic voices will be indistinguishable from human ones by 2024.

One interviewee offered a chilling example: "A client didn’t want to appear in a TV show that he had previously been in. They used CGI to fake his involvement in an episode without paying him for using his image.”

What's driving the problem and what can the sector do about it?

Among Equity members, 79% who had undertaken AI work didn't fully understand their rights under the Copyright, Designs and Patents Act.

Awareness, though, is worth little when it comes to AI because these systems reproduce performances without creating a copy or recording - as such, they fall beyond the scope of the Act.

Regulators know the law needs reform, but progress is slow and debate over balancing creators' rights with an ability to innovate tends to favour the latter.

In a conference on intellectual property earlier this month, Daniel Guthrie, Director General of the Alliance for Intellectual Property said:

Two government consultations - one on IP and AI and another on plans to join the Beijing Treaty on Audiovisual Performances - undertaken to inform a National AI strategy are yet to be reported back on.

The Beijing Treaty automatically endows literary, dramatic, musical and artistic works with "moral rights" that allow performers to claim their image, even when it's AI generated.

Equity says the treaty, as well as rights to fair remuneration enshrined in the EU Copyright Directive, should be implemented urgently.

"The Government should not lose sight of the fact that it played a key role in developing and agreeing to the many necessary provisions within the Directive."

While current UK copyright law does afford some moral rights, the performer themselves must assert them, cutting unions out of the conversation.

It also protects against unauthorised reproductions of performances. But without legal recognition of AI-generated work, the technology has outpaced the ability to form contracts that ensure compensation for uses beyond what the performer agreed to.

Performers are being asked to sign non-disclosure agreements for AI work before knowing who the end client is, meaning there's no one to negotiate with.

"In the last six months, my voice has been used in huge marketing campaigns by global companies selling cars and home products," one performer commented.

"I don’t receive a penny, even though I believe my contract does not allow for third party advertising."

Equity aims to negotiate new collective agreements with AI technology companies and provide educational tools to members so they're better equipped to protect themselves.

The following is suggested to agents to include in performers' contracts:

"The Artist hereby asserts his/her moral right to be identified as a performer, conferred by section 205D of the Copyright, Designs and Patents Act 1988 as amended by the Performances (Moral Rights etc) Regulations 2006.”