Research England will bankroll the partnership between four regional universities and The Culture Capital Exchange following a successful pilot project. 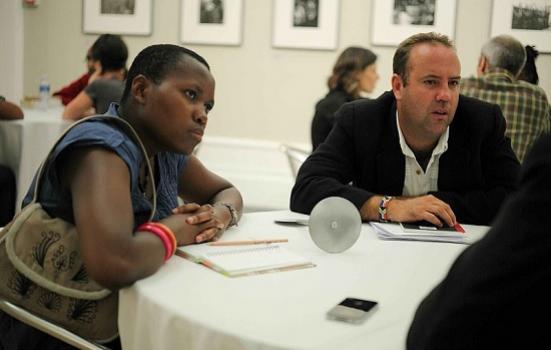 Collaboration between the cultural and research sectors could unlock new developments in health, technology and climate change
Photo:

A new National Centre for Academic and Cultural Exchange has been established to facilitate and promote knowledge sharing between higher education and the arts and cultural sector.

Research England has invested £1.1m in the four-year project, which is being developed by The Culture Capital Exchange (TCCE) in partnership with Manchester Metropolitan University, Northumbria University, Birmingham City University and Bath Spa University.

The centre aims to evidence the social, cultural, economic and environmental impacts of knowledge sharing and showcase its benefits to a national audience after a 2016 pilot found cross-sector exchange led to experimental but effective collaborations.

Co-Directors Evelyn Wilson and Suzie Leighton of TCCE said the centre presented a "very timely opportunity" to advance these goals.

"The exchange and creation of new knowledge to help meet key challenges of our time has never been more important."

TCCE believes knowledge exchange between higher education and the arts could be "an area of significant but as yet unfulfilled potential," benefitting not just those sectors but also health and technology, advancing placemaking and combatting climate change.

Its pilot programme in 2016 directly benefitted 1700 people, about half of which were women and girls, people from ethnic minority backgrounds or people at risk of social exlcusion. Arts Council England and the Higher Education Funding Council for England funded 26 mini-projects, including an open online theatre, immersive light shows for musical performances and a diary-writing programme for amateur dancers.

The aim was to test the capacity to support collaborations between researchers and small creative businesses across the country and see whether a longer-term network could be established.

"They demonstrate that mutually beneficial partnerships between researchers and creatives are not just possible but clearly deliver more than the sum of their parts," Hill wrote.

"I'm excited to be investing in this new centre that hopes to bring a step change in the ability of universities to support knowledge exchange with the arts and cultural sector in this difficult time."

This is not the first initiative of its kind: last year, a £2.5m Centre for Cultural Value at Leeds University was announced by its partners as a future "network of networks" that would "bridge the gap" between research and practice in the cultural sector.

The National Centre for Academic and Cultural Exchange will develop a 'What Works'-style evidence bank over the next four years to provide more evidence about the impacts of knowledge exchange with the cultural sector.

It will also focus on brokering relationships between higher education institutions and cultural organisations through workshops, with the first annual 'ideas lab' and the launch of a Knowledge Impacts Network scheduled for Spring 2021.

Anyone seeking updates to the project can subscribe here.