The centre will act as a “one-stop shop” to bridge the gap between research and practice. 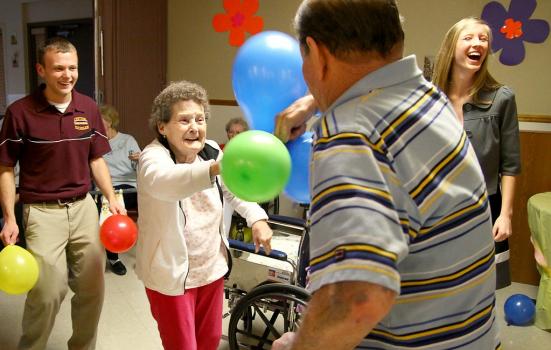 A new £2.5m cultural research hub is to be based at the University of Leeds, AP can exclusively reveal.

The Centre for Cultural Value (CCV) is backed by £2m worth of funding over the next five years from the Arts and Humanities Research Council (AHRC), Arts Council England (ACE) and the Paul Hamlyn Foundation. It will launch publicly early next year, aiming to make academic research into the value of culture “more useful and accessible”.

AHRC put out a call for applications to run the centre last year. This followed a report which highlighted a need to “pre-empt the needless wheel-spinning, data-churning and combative cross-talking that has characterised much of the past debate” about cultural value.

The Co-Directors of the new centre will be Dr Ben Walmsley, Associate Professor in Audience Engagement at the University of Leeds, and Anne Torreggiani, CEO of The Audience Agency. Walmsley told AP that the Centre for Cultural Value would aim to “bridge that gap” between research and practice.

“We are going to be doing a lot of synthesising and visualisation of existing research and data.” He said the centre would use data from sources like the Audience Agency and the Arts Marketing Association to create a “one-stop shop for the arts and cultural sector, so they can access research really easily”.

He said the centre’s work would involve “looking at existing research and trying to simplify it, summarise it and thematise it, so whether you’re a researcher or an arts practitioner you can search for research reports by theme”.

He added that the CCV would also aim to act as a “network of networks” to act as a bridge between different sources of information and signpost the sector, and other stakeholders including Government ministers, towards experts.

The centre is also launching a free massive open online course (MOOC) on arts evaluation, encouraging the sector to “move away from advocacy and towards rigour”.

The CCV’s areas of priority will include conflict resolution – including the repercussions of Brexit – education, arts, culture and wellbeing, and cultural regeneration. “We are trying to really prioritise what we think is timely,” said Walmsley.

The centre also plans to hold about 20 events over its five-year funding period to engage the sector with its work. “We might do a roadshow on arts and conflict resolution, for example,” said Walmsley.

Co-Director Anne Torreggiani will be working on sector engagement and continuing professional development. Academics from the universities of Hull, York, Sheffield, and from Queen Margaret University in Edinburgh will work as Associate Directors, helping develop the centre’s key themes.

The CCV will be based at Leeds’ School of Performance and Cultural Industries and supported closely by the university’s Cultural Institute.

After opening in October, it plans to hold two public engagement events to refine its model. It will then launch publicly in February or March next year.

Walmsley said it was possible that once the centre’s current five-year funding agreement expires, it could operate using a mixture of grant funding and self-generated income, potentially using a membership model.

Walmsley said his “dream” was to develop an international network of similar centres, and that his team has already begun conversations with research projects in Australia, Canada and the US.

Professor Geoffrey Crossick, the former Director of AHRC’s Cultural Value Project, which led to the CCV, expressed delight that the CCV will take forward the work begun in that initiative.

"The AHRC Cultural Value Project report stressed how individual experience of arts and culture generated so many of its benefits, the need for rigorous evaluation of those benefits rather than mere advocacy, and that cultural practitioners and organisations had to be engaged and know that research and evaluation would help their work," said Crossick.

Professor Andrew Thompson, Executive Chair at the Arts and Humanities Research Council, said that the CCV “will help to advance our understanding of this flourishing and diverse sector, bringing together a valuable evidence base for the importance of culture in today’s world.”

Simon Mellor, Deputy Chief Executive of ACE, said: “We experience the benefits of art and culture every day but all too often it can be difficult to evidence the impact of these opportunities in terms of our health, well-being and communities.

“The centre will be a fantastic research and resource hub for the sector and we look forward to working with them in the coming years.”