The research centre will aim to “pre-empt the needless wheel-spinning, data-churning and combative cross-talking that has characterised much of the past debate” about cultural value. 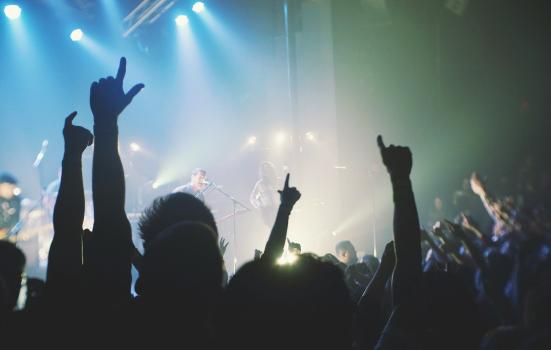 A new £2.5m research centre is to be set up to promote collaborative work on cultural value.

The planned institution, which will be linked to a larger organisation, such as a university, is backed by the Arts and Humanities Research Council (AHRC), Paul Hamlyn Foundation (PHF) and Arts Council England (ACE).

The AHRC said that the planned centre “will function as a custodian and communicator of cultural value in all its guises; it will synthesise existing research and bring together organisations and sectors with an interest in using evidence about cultural value in their work”.

The centre will aim to bring together “blocks of robust evidence around key themes”, reflecting a widespread desire in the sector for “known and accepted facts, key findings, sources and documents in areas such as cultural value in education or cultural value in health”.

Other key aims will include developing a communications strategy and building physical and virtual communities.

The announcement of the centre coincides with the publication of a new report on the Cultural Value Scoping Project, which presents the findings of a research exercise that began in 2016 in the wake of an AHRC-led project examining cultural value. The report summarising the outcome of that project argued that debate about the value of culture has been distorted by a desire to influence public funding and policy, and weakened by poor-quality evaluation.

The new report, authored by Dr Patrycja Kaszynska, is based on conversations and workshops held with participants from across the cultural sector. It concludes that the “single biggest and most pressing challenge” emerging from the research is the need to create “communities of understanding and practice” across different sectors with an interest in cultural value – including the arts and culture, funders and the voluntary sector, academia and policy.

“This would involve bringing these people together to talk to each other, hear each other’s points of view, acknowledge mutual concerns, agree on shared evidence, work together on methodologies and build a shared sense of purpose,” it said.

It recommends that the research centre should promote better understanding not only of the existing evidence base, but also the context this is produced in, meaning “how conversations about cultural value are framed and what is at stake for the different groups involved”.

The consultation revealed that existing information and research infrastructures are “severely underused”, and proposes first and foremost that “we need to be aware of what resources for understanding cultural value already exist… [and] capitalise on the hard work done elsewhere and avoid duplication.

Kaszynska said: “…we must avoid the pitfalls and mistakes that derailed past initiatives [and] build institutional memory and take advantage of the progress made in the understanding of cultural value over the last 30 years.”

The report recommends centring conversations around “node challenges” –  problems where “different objectives and agendas clash to the extent that, although they can be managed, they cannot be resolved”. The examples it gives are:

It says that establishing common ground and reference points on thorny issues like these would “pre-empt the needless wheel-spinning, data-churning and combative cross-talking that has characterised much of the past debate”.

A formal call for applications for the funding will be announced in September, with the expected deadline in November.

The AHRC’s Head of Creative Arts and Digital Humanities, Paul Meller, said: “The Cultural Value Project provided a fantastic evidence base for why the arts and culture matter, and how we capture the effects that they have. This collaboration between AHRC, PHF and the Arts Council to establish a new centre provides an exciting opportunity to take forward that important work.”

Darren Henley, CEO of ACE, said that establishing the centre “offers a new opportunity to increase our understanding of the contribution of arts and culture on life in the UK.

“The centre will help us to examine the impact of artists, arts organisations, museums and libraries on individuals, communities and society as a whole.”

Really wondering if yet more research is the best use of this money - although prepared to be convinced. If there's £2.5 million available would really like to find a way to use it to give more ordinary people access to culture. Certainly hoping most of the funding won't end up going into some university's coffers.
Arts Council Englands budget is around £400m a year, the Arts and Humanities Research Council who are funding this is around £100m a year. (Incidentally they are by far the smallest of the UK research councils, as well) Even if it was from the same funding I don't think it is fair to suggest this is taking anything away from 'ordinary peoples access to culture'. If anything there are lots of points in the scoping document suggesting that better understanding and supporting 'ordinary culture' will be a key topic and probably an area where actual policy change needs to happen.