None of the four UK nations plan to replicate the three-year initiative, though pressure is building. 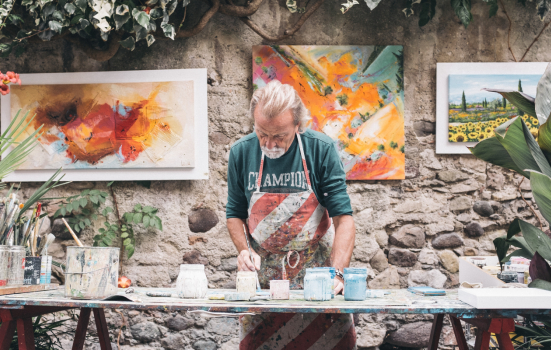 Ireland is set to become the first country in the world to pilot a nationwide basic income scheme for artists and arts workers.

The scheme aims to offer 2,000 people a fixed monthly income. Although the exact amount is yet to be confirmed, Martin anticipates the pilot will be guided by the national minimum wage of €366 a week and a 2020 taskforce recommendation of €325 a week.

None of the UK Governments said they currently plan to pilot a similar artist-specific scheme.

Applications for Ireland’s pilot are expected to open in January, with a start date scheduled for spring. Details of the selection process will be finalised next month.

The pilot will test whether a basic income guarantee can minimise skills losses during the arts sector’s post-Covid recovery and give creatives new opportunities to grow their practices. Participants will be able to earn additional income if they choose to do so.

Some unsuccessful applicants will be asked to act as a control group to analyse these objectives.

Arts Council Ireland says it fully supports the initiative and will liaise with the Irish Government on implementation.

A universal basic income pilot was the central recommendation from the Irish Arts and Culture Recovery Taskforce’s November report into the sector’s post-Covid recovery.

Minister Martin said the scheme would “bring new life and support to the arts and culture sector”.

“I hope it will provide an important legacy for our artists, after the very difficult circumstances they have endured over the last year and a half."

Though the scheme is a Department of Tourism, Culture, Arts, Gaeltacht, Sport and Media initiative, its €25m budget comes from Arts Council Ireland's €130m settlement for 2022.

Arts Council Ireland Chair Kevin Rafter said the pilot was “a clear signal that artists and arts organisations are central to the Government’s national recovery plan”.

Although no concrete plans are in place, there is appetite for a similar scheme in the UK.

The Scottish Artists Union called for a similar scheme in Scotland last year. It was also a key reccomendation of Freelancers Make It Work's Big Freelancer Report.

Arts Council of Northern Ireland told ArtsProfessional it would consider exploring and discussing a universal basic income for all artists further with other arm's length bodies and government: "it is an enormous issue that requires careful consideration and planning".

But broader basic income pilots are likely to come before sector specific initiatives. In August, the Scottish Government launched a steering group to drive forward a Minimum Income Guarantee scheme, while Wales is considering a basic income scheme for young people leaving the care system.

Ireland will become the first country to roll out a nationwide pilot; however, some US cities already give artists monthly stipends.

Earlier this year, San Francisco began a six-month pilot offering $1,000 a month to 130 artists, and St. Paul in Minnesota is operating an 18-month pilot, distributing $500 monthly grants to 25 local artists.