After the turmoil of Covid-19, policymakers are taking interest in a new report that categorises creative freelancers based on their motivations - and what support will help them most. 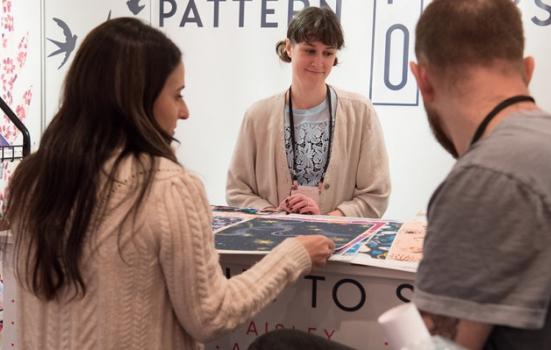 Creative freelancers are rejecting business support schemes as unsuitable and missing out on opportunities for growth.

Two-thirds of freelancers interviewed by Coventry University researchers continually updated their creative skills, but few were improving their business skills.

Most had no history with business support programmes and perceived them as too generic to "fit" with creative careers - or a waste of time that could be spent earning.

"People who are working with that business model, it can take up all of their time and energy to put their head above the parapet and see what's out there," Creative United Business Support Programmes Manager Sarah Thirtle said.

"Someone will come into a programme and you'll hear things like 'I'm a creative person and I haven't got a business brain.' There's an asymmetry of language and information that just doesn't resonate."

Published by Creative United, the Coventry University research shows room to improve freelancers' earnings: half of interviewees earned less than £20,000 per year pre-pandemic despite a similar proportion having more than 20 clients.

About half said they don't earn sufficient income from their creative work alone.

A report, which segments creative freelancers into six types based on their motivations and style of working, offers a suite of recommendations to support and increase the contibution of each group, from more flexible funding application processes to establishing a Freelancer Commissioner akin to the Small Business Commissioner.

Nick Henry, one of the study authors, said it is already gaining interest among UK arts councils.

"When you speak to policy makers and speak to freelancers, the word 'complex' always comes up," Henry said.

"It tries to close that gap by making more tangible why and what creative freelancers do."

Thirtle said a national policy is needed to ensure the longevity and accessibility of business support for creative freelancers.

Providing funding via local authorities could help realise Arts Council England's intention to better support this section of the creative workforce and respond to the trials faced by freelancers during Covid-19.

The report recommended using more place based approaches to address the "limited and patchy" provision of tailored schemes.

Creative United has run networking and one-on-one support sessions in the London boroughs of Wandsworth and Waltham Forest, with the latter becoming an official Creative Enterprise Zone.

Thirtle attributed this success to having creative professionals run the sessions and introducing isolated freelancers who go on to build their own local networks.

But there are limits to what these brief schemes can achieve.

"All our programmes are so oversubscribed; we could run them three times over," Thirtle said.

The business support needed depends on the type of freelancer, the report says.

Henry said the types were "a slight caricature", but can help policymakers understand freelancers' motivations and target their interventions accordingly.

Creative entrepreneurs, for example, are more likely to respond to business support schemes than community creatives and creative ecologists, who are often interested in enabling participation and using creativity to improve the place they live in.

Precarious projecteers are similar to gig economy workers and have less autonomy over the jobs they accept, meaning good employment practices are key to their growth.

Henry said creative organisations too have a role to play in dismantling the freelance-by-default nature of employment in some industries by providing better contract terms or placing freelancers on their staff.

"They're all increasingly concerned about their social and economic impact [on audiences] - look back the other way at your supply chains as well."