“Our carefully laid plans…would be wasted” if the UK leaves without a deal, says an organisation awarded €1.3m to lead a collaborative project. 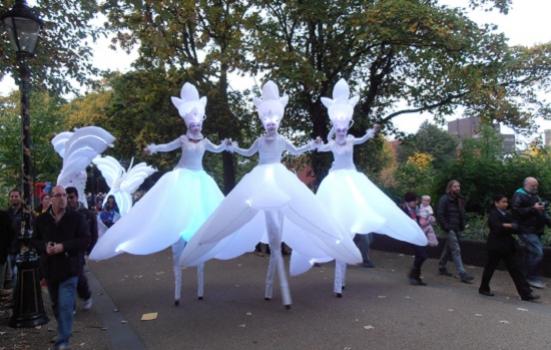 ArtReach has been awarded €1.3m to lead a collaborative European project like this one, a partnership with German festival Altonale GmBH.
Photo:

The EU’s Creative Europe programme made grants worth nearly €3.1 million to 11 UK-led applications this year, even though these projects would be thrown into disarray in the event of a no-deal Brexit.

About half as many UK-led projects sought Creative Europe funding for Cooperation Projects this year than in 2018 – but the programme says this trend is not down to concerns about Brexit.

Creative Europe received 27 UK-led applications for €9.6m in funding this year for the programme, which encourages creative collaborations between organisations across Europe. In 2018, 52 UK-led projects requested €18.4m.

Altogether, 34 projects involving the UK have been granted €3.9m, compared to grants totalling €2.1m for 40 UK-led and involved applications in 2018.

But this year’s UK projects hang in the balance: in the event of a no-deal Brexit, Creative Europe funding will cease.

The Government has guaranteed that it will underwrite the full costs for UK organisations. But all the organisations involved, including European partners, would have to overhaul their plans to press on with the UK no longer part of the formal partnership.

Head of Culture at Creative Europe Desk UK Christoph Jankowski said the drop in UK applications should not be taken as a sign of a “Brexit effect”.

There were 30% fewer applications across Europe overall, Jankowski said: “There’s no trend for the UK that goes down; it’s a European trend.

He believed the UK was "not just as good as it has been but more ambitious" because organisations continued to seek funding for big projects.

Jankowski said the UK remained a “desirable partner” for other European countries. Looking at the number of applicants involved in the large-scale projects selected for 2019, UK organisations tie with Germany for first place, he noted.

LIBERTY, a multidisciplinary collaboration between organisations in 10 countries that focuses on young people’s perceptions of the future of Europe, depends on the UK not leaving the EU without a deal, ArtReach Founding Director and Chairman David Hill said.

“In that event our carefully laid plans and substantial preparation for LIBERTY, not to mention our partners’ work, would be wasted.

“We expect the contract to be signed in August and we await with bated breath what happens. As a charity, we have to make sure we’re not at risk [financially], in the event of no deal, for any commitment we have made.”

Despite this, Hill was optimistic about the future of the project: “I don’t see any reason why we couldn’t still commission artists from our partner countries, but we wouldn’t be coordinating the partners’ activities in their own countries.”

He acknowledged some potential Cooperation Projects applicants may have been dissuaded by the current political climate – “It’s not just about Brexit; there are challenges around EU [countries] in their relationship with Europe”.

But he said such challenges actually inspired ArtReach’s project: “It’s not just about being successful in securing a large grant but the artistic urgency in exploring this issue.”

In the event of no deal Brexit, the involvement of UK organisations with Creative Europe projects would be at the discretion of the EU. But Jankowski said the determination of arts organisations to continue cross-border collaboration meant the projects are likely to outlast Brexit.

“Organisations have been ramping up their activities; they have been reinvesting in their relationships across the Channel and centring fears that there may be less mobility, less opportunity.

“Projects leave, projects change, artistic directors change within organisations. If you run a three or four year project, there are a lot of risks. Brexit is just another risk to those partnerships.

“The fact that the UK is still being selected shows there is no bias against the UK and UK organisations. That shows an enormous amount of solidarity and trust around making European collaboration work despite Brexit.”