UK cultural organisations have been urged to "continue applications as normal" as negotiations over leaving the EU continue. 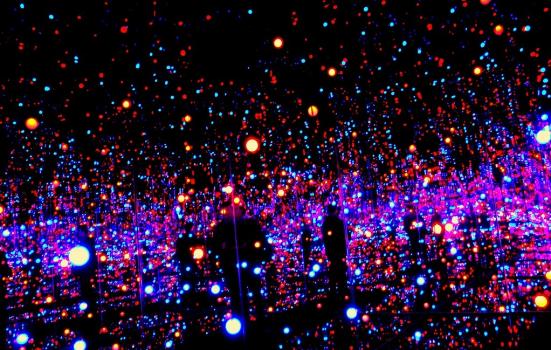 An artwork by Yayoi Kusama at the 2008 Liverpool Biennial

The figure represents 9% of the total funds distributed.

The Creative Europe in the UK report includes details of €3.5 million of funding through the EU’s Culture funding strand and €12.2 million through its MEDIA strand for the film, TV and video game sector.

It highlights that 96 UK companies and organisations received funding from the EU body.

This represents a 24% rise in successful UK Cooperation Project applications compared to 2017. Out of all applications for this strand, 31% had at least one UK partner.

The UK organisations that were funded include Eclipse Theatre in Sheffield. Together with partners in Portugal and the Netherlands it received €155,000 for its ‘Slate: Black. Arts. World.’ project, which explores visibility and mobility of black and ethnic minority artists.

EU funding for UK film included €5.9 million to support the distribution of 63 films in Europe. Among the productions supported were Beast, On Chesil Beach and Aardman Animations’ Early Man.

Agnieszka Moody, Director of Creative Europe Desk UK, said: “The 2018 report shows that UK producers, arts organisations, festivals and projects have been able to maintain their commitment to working with Europe during what has been a challenging time for cross-border collaboration.

Despite the date and shape of Brexit remaining unresolved, Creative Europe is encouraging UK organisations to continue to apply for European funding.

It stresses that “the UK remains eligible to participate in Creative Europe” and that “UK lead and partner organisations, and other European partners” should “continue applications as normal for forthcoming Creative Europe calls during the extension of Article 50 period.”

Advice on the Creative Europe Desk UK website provides guidance in the event of either a deal or no deal Brexit.

It states that the DCMS has advised that if there is a deal between the EU and UK, UK organisations will:

In the event of a no deal Brexit, the situation is less clear.

In January this year, the European Commission stated that it will continue to make payments in 2019 to UK beneficiaries for “contracts signed and decisions made before 30 March 2019.”

However, this is “on condition that the UK honours its obligations under the 2019 budget and that it accepts the necessary audit checks and controls".