Amid the hand wringing and the hand washing, let’s not forget the workforce, says Amanda Parker. 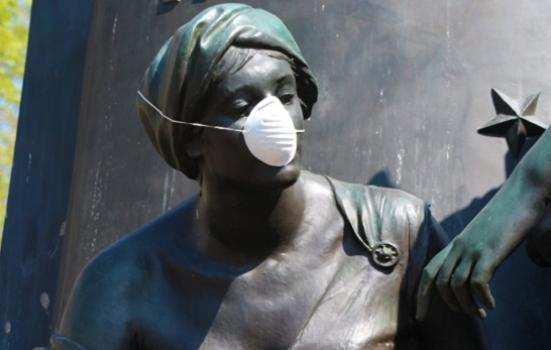 A virus that can be undetectable in some but kill others: whether you think we’re over-reacting or not doing enough, Covid-19 is the stuff of nightmares.

Twitter is aflame with comment on how we’re ignoring the human story and focusing on the economic impact.

Are we over-reacting to a threat which, though significant, doesn’t lead to the scale of death as other known infections? Or are we as a nation being sluggish in our response and need to ramp it up to the scale of China or Italy?  Push on through or run for cover? This virus is of economic, public and personal concern, to which we have different emotional responses. While we follow the guidance from health leaders and the Government, it’s for each of us to determine our emotional response, given access to clear facts and hard data.

Irrespective of our emotional response, what’s clear is that our collective actions – demonstrating best practice attention to hygiene – could help keep us well, as well as others more vulnerable than us. Many have already changed routines and behaviours to mitigate our own health vulnerability, and support that of others.

The collective action we need to take goes much further than this. Covid-19 is also forcing another clear disparity to the surface, beyond the issue of immune system vulnerability.

Arts leaders have welcomed the Government’s Budget announcement of a financial package to support businesses through the worst public health crisis in a generation. That Government is meeting regularly with sector leaders during this health crisis is testimony to the sector’s importance to the UK’s economy: we are a vital part of the UK’s night-time economy, education sector, leisure and tourism industry.

It’s good news too that it has paid attention to smaller enterprises, as so much of the sector falls into the SME category. But we know that the sector is even more granular than this: within large venues and smaller businesses, there’s the self employed freelancer, representing some 40% of the sector workforce.

It’s a positive step that for freelancers, both the minimum income for receiving Universal Credit and the requirement for claimants to visit a job centre have been temporarily lifted. HMRC’s also introduced payment deferral measures that will help those struggling as a result of a business downturn. However, unions are advising self employed workers hired by other businesses to check whether their contracts cover their employers closing shop.

The Budget has promised small business loans to support those micro-enterprises affected. But it’s far from clear whether this applies to freelancers who work from home and don’t rent office space.

If the UK experiences further lockdown as is being seen in much of Europe and beyond, it may take some time to build back audiences to pre-Covid-19 levels. Businesses with large visitor numbers may be feeling the impact for many months to come.

The focus on continuing economic productivity might seem like we’re valuing business over human lives. But if self-employed workers aren’t similarly supported when businesses go dark, if we don’t think about the human lives that drive the business, then the virus will have an impact that lasts far longer than we might imagine.

IPSE and others are petitioning Government to financially support freelancers who lose income because of the coronavirus outbreak. ArtsProfessional adds its voice to that demand. Freelance workers need further support and recognition if we are to keep the show on the road – for now and whatever the future holds.

Let’s not care what people think. Said nobody, ever.
When boards go bad: how to take inclusive action
Need to diversify, but can’t find the staff?
Arts and culture needs its Euro 2020 moment
A Fond Farewell to ArtsProfessional
I’m scared of the brave new world of the arts – because it might look just like the old
ArtsProfessional meets… Robert Lepage
ArtsProfessional meets… Nicholas Serota
AP meets… Ed Vaizey
A high street renaissance?