A new, tougher system of local restrictions will allow theatres and other venues to reopen in theory. But the sector remains on a knife edge. 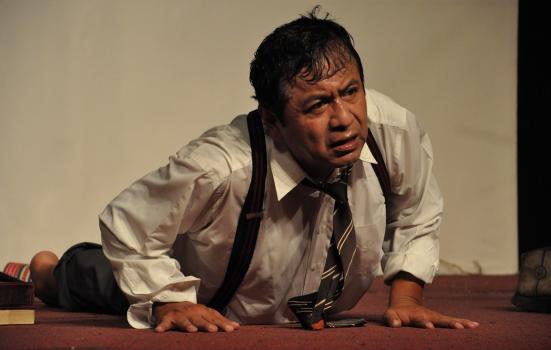 Theatres and arts venues are on their knees - and a tier 3 designation might be the final blow
Photo:

The Government's Covid winter plan, published on Monday (November 23), outlines a tougher three-tier system of 'medium', 'high', and 'very high alert' local lockdowns that will come into effect once the national order ends.

If a region is placed on 'very high alert', venues close again and only drive-in events are allowed.

Speaking to the House of Commons, Prime Minister Boris Johnson said areas will learn what tier they fall into this Thursday: "I’m sorry to say we expect that more regions will fall at least temporarily into higher levels than before."

"And I’m very sorry, obviously, for the unavoidable hardship that this will cause for business owners who’ve already endured so much disruption this year," he said in relation to the highest, harshest tier.

Johnson said in a foreword to the 55-page Covid winter plan that "the scientific cavalry is almost here" and the Government has purchased more than 350 million doses of the most promising vaccines for a nationwide vaccination programme to begin next month.

It also plans to increase rapid testing to drive down coronavirus rates and allow areas to move to a lower level of restrictions.

But priorities for testing laid out in the plan make clear that culture is not one. NHS frontline workers are already being tested twice a week and testing for care home staff, residents and visitors will start soon.

Reactions to the plan ranged from relief to rage. Some commenters, responding to Culture Secretary Oliver Dowden's announcement of it, asked what scientific evidence suggested this was safe and said the Government was "changing the goal posts" for the sector.

Some professional organisations were reassured by the ability to take another step towards recovery - Theatres Trust Director Jon Morgan welcomed the news for theatres that fall into tier 1 and 2 areas - but most said the sector remains on a knife edge.

"Many in the creative sector will find themselves bracing for a tough winter, anxious to know what tier they will be placed in and whether their work - including pantomimes, live music shows and performances - can go ahead," Creative Industries Federation CEO Caroline Norbury said.

She said significant effort and investment had gone into making venues Covid-safe and the Government must review levels of support for businesses, especially those in tier 3, that will continue to struggle.

UK Theatre Chief Executive Julian Bird said the announcement of the new three tier system "has shaken an already fragile sector". The long-term viability of organisations and freelancers in tier 3 areas will be at risk, while capacity limits in tier 1 and 2 areas "will lead to financial problems for venues and disappointment for audiences".

Morgan of Theatres Trust said any delay in testing and vaccination schemes could spell doom for venues that are depending on Culture Recovery Fund grants and the furlough scheme to survive until March.

"It is therefore essential that work continues across the sector and with the government to identify mitigating measures that might allow fuller audiences to return safely to theatres as soon as possible."

Dinner and a show?

DCMS was unable to clarify whether a requirement for alcohol to be served with a "substantial meal" in tier 2 areas would apply to bars at theatres and other venues.

Based on the plan, though, it seems unlikely. It says "venues that serve alcohol can only reamin open where they operate as if they were a restaurant, which means serving substantial meals".

Independent music venue The Joiners highlighted the issue with this: "These spacess cannot afford to run at a loss; they will have to remain closed."

Commenters were quick to point out the conundrum for beleagured freelance workers whose livelihoods depend on what tier the areas they work in are assigned.

Liam Mellor, an actor working on a Lottery-funded Christmas pantomime in Birmingham, said all preparations would be scuppered if the city is deemed tier 3.

He asked Dowden to allow Covid-safe venues to perform regardless of tier: "This is my only income for the year as [it is for] many other performers."

The Covid winter plan says councils in areas with higher levels of restrictions will recieve payments from a fund for containing and managing outbreaks until the end of the financial year. It is not clear whether this funding could be used to support council-funded culture.

"This further funding, worth up to £900 million, recognises the ongoing public health and outbreak management costs to local authorities of tackling Covid-19," the plan says.

For areas under tier 3, this will amount to £4 per head of population per month.