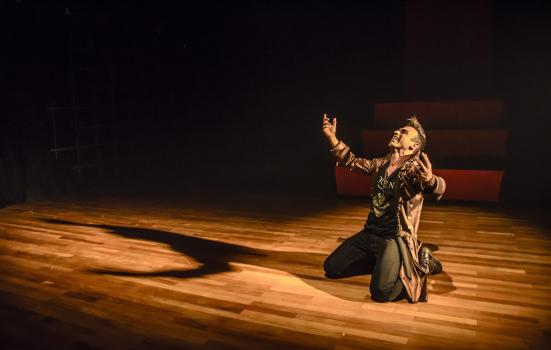 Theatres can now reopen - but to what end?

The return of indoor performance is "a step in the right direction" but meaningless for many venues, the arts and cultural sector is saying.

The Government has once again given indoor performances the go-ahead at a day's notice, two weeks after an 11th hour decision to postpone relaxing the lockdown in England scuppered organisations' plans to resume.

Online commentators have been quick to point out that such shows, even if they seem safe, are not financially viable.

Actor Laurence Saunders tweeted at Dowden to ask how he expected venues to respond, and whether the £1.57bn culture rescue package will "filter down to the freelance workforce who make the indoor performances".

"Announced on Twitter at 10.46pm on Thursday night with just over 24 hours notice.

The Theatres Trust said restarting indoor performance is a step in the right direction - but "just a small step".

"The majority of theatres will not be able to reopen while social distancing is still in place and with no decision on this being made until November at the earliest, the theatre sector is still in very grave danger of irreparable damage."

Theatre Director Zoe Waterman echoed the trust's comments on Twitter with a list of 'exceptions' to Dowden's news.

"Except socially distanced indoor performances aren’t financially viable for most.

"Except the ‘recovery of the arts’ is continued redundancies and cancelled pantos as it’s not financially viable.

"Except your ‘rescue package’ fails to rescue the 72% of workers who are freelance."

The Incorporated Society of Musicians (ISM) reiterated its calls to extend the Self-Employed Income Support Scheme.

"The fact still remains that until live music venues can fully reopen without social distancing, musicians will not be able to fully return to work, and their income will be far less than before Covid-19, which is not sustainable."

Indoor performance will not resume in areas like Manchester that are still under lockdown, or in Scotland, where social distancing restrictions are tighter.

Prime Minister Boris Johnson said that plans to resume indoor performance at the beginning of August were put on hold because the Office for National Statistics (ONS) had expressed concern about a rise in coronavirus cases: "the situation now appears to have levelled off," Johnson said.

In fact, what the ONS has advised is that the rate of infection may be levelling off. An estimated 28,300 people in England had coronavirus over the last week of July, the most recent time period for which data is available.

ONS says that while its modelling suggests fewer people had coronavirus during that week, the rate at which people are testing positive is higher than in June.

Venues looking to reopen will have to follow the same guidance as expected for an August 1 return and reduce capacity, have regular deep cleaning of their auditoriums and use contact tracing and online ticketing systems.

Thursday's decision has drawn the ire of some sports fans who say it is hypocritical to allow indoor performance when outdoor spectatorship is still banned.

As with indoor performance, socially-distanced sporting events will be piloted to test their safety.

Such events are planned to resume on October 1.