Oliver Dowden claims to know that “theatres must be full to make money” but his five-stage plan to see performing arts venues reopen has no money attached. 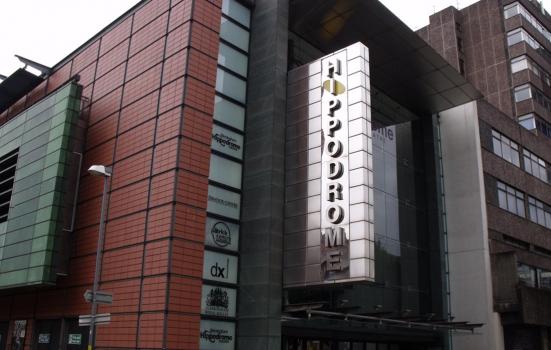 Birmingham Hippodrome: Dowden’s plan is "of no practical benefit" without a timescale
Photo:

The sector is erupting at Culture Secretary Oliver Dowden’s five-point plan for theatres to re-open, which offers no financial support to venues that will continue to be locked down for the foreseeable future.

Instead, the plan is copying a model similar to the one taken to reopen the sports sector. A DCMS spokesperson said: “The phased approach that we are taking to the performing arts is similar to the one that we took to elite sports that got it back up and running successfully with the return of the Premier League, Championships and other top level sport and competitions.”

Comments by arts professionals in many media outlets are reflected in a statement by Head of trade union Bectu, Philippa Childs, who described the plan as falling “woefully short of what is needed”.

She said: “This 'roadmap' provides no dates, no clarity, no support and no certainty. It provides none of the things the industry is crying out for.

“It demonstrates, once again, how little understanding there is in government of what is happening in the industry right now and what is needed to help.

“Theatre workers are being made redundant now and theatres are going into administration now. We need a comprehensive plan and this announcement fails to address the key and pressing issues.

“A roadmap is fine – as long as you have enough fuel in the tank to get there. Many theatres don’t…”

The 5-step plan was outlined at yesterday afternoon’s Cultural Renewal Taskforce meeting (25 June) that Dowden is chairing. It has not been published by the DCMS, but is being widely reported by theatres, sector bodies and news media.

The spokesperson said: “The first two stages of the performing arts roadmap can be done now, adhering to social distancing rules, and then we will move through stages, three, four and five working closely with the sector, medical and public health experts.

“While we can not right now put timings on when we will move through each phase of the roadmap bulleted below and also understand the scale of the challenge of this process, the Culture Secretary is clear that he wants to move through each step as soon as it is possible and the public health position allows. Guidance will accompany each of the stages.”

Dowden believes his roadmap “provides a clear pathway back” for theatres. He said: “We know the challenges - theatres must be full to make money, and performers need to be safe on stage as they sing, dance and play instruments - but I am determined to ensure the performing arts do not stay closed longer than is absolutely necessary to protect public health.

There is no mention in the plan of any financial assistance for theatres – something which earlier this month, Dowden told the Evening Standard said he was negotiating with Chancellor Rishi Sunak.

Reactions to Dowden’s plan have ranged from cautious welcome to disbelief and outright hostility.

Julian Bird, chief executive of UK Theatre and Society of London Theatre, told The Independent “While the five-stage roadmap towards the reopening of performing arts venues and productions is welcomed, it is essential that government gives indicative ‘no earlier’ than dates for stages three to five so that the sector can plan for the future.

“Otherwise with no information at all, theatres and producers will have to assume a worst case scenario and plan to be shut for a long period.”

He continued: “With the rest of the economy now reopening quickly, we firmly believe that with the right safety processes in place, we can get back to full audiences in theatres within months – we now need government to confirm this.”

But others were far less positive – and some a lot less polite.

Fiona Allan is Artistic Director & Chief Executive of Birmingham Hippodrome, where staff have already been warned of forthcoming redundancies. She told the BBC Dowden’s plan was "of no practical benefit" without a timescale.

"We need dates to work towards in order to plan properly or more jobs will be lost and more venues and companies close," she wrote. "How is this not clear?"

Actors' union Equity has issued a statement saying “it is impossible to ignore the incompatibility of full or indeed partial re-opening for many sectors of the live performance industries, under existing funding and business models”, and tweeted “without an investment plan to protect jobs and workplaces these efforts to develop return to work guidance will be meaningless.”

Taking to Twitter to share their dismay, the Music Venue Trust proposed an ‘alternative' 5-phase plan for the reopening grassroots music venues: “Phase 1: Announcement of the sector support deal needed to prevent the complete collapse of the sector; Phase 2, 3, 4 and 5: if there is a sector remaining to be reopened”

Adam Burns, who is standing to be the new Equity President, tweeted: “I wouldn’t follow a roadmap from him even if it was only to my frontdoor. Clueless and no detailed consideration to our safety as on or offstage workers. I really despair at this 5 step plan. So outdoor panto at Christmas anyone?”

This 5 point (?) plan shows someone is completely out of their depth and has not got a clue what creativity is or how the creative industries work. He has applied a layman's approach to a very sophisticated profession.Can we please have someone who has actually worked in the profession telling us professionals how to resurrect the profession?