Government support for the self-employed runs out in two months’ time – but up to a third of creative freelancers aren’t receiving it anyway. 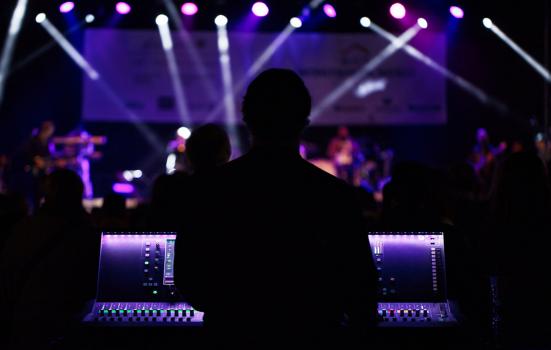 A third of theatre freelancers – 10% of the workforce as a whole – could disappear as the sector reconciles itself to the economic realities of the lockdown.

Calls for new measures to support creative freelancers are growing as the Government’s Self-Employment Income Support Scheme approaches its end on September 23. The Mayor of London and organisations like actors’ union Bectu, the Incorporated Society of Musicians (ISM), and Voluntary Arts are among those who say an unprecedented £1.57bn bailout announced last week won’t be enough if it doesn’t include support for workers.

An 8000-person survey by an unaffiliated group of theatre workers and analysts illustrates the devastating impact of this on theatre alone: one third of freelancers have received no government support and one quarter have been unable to access emergency funding via universal credit, charities or Arts Council England.

A third of respondents said they are likely to leave the theatre industry as a result.

“A recovery package that supports buildings and organisations without safeguarding the future of the freelance workforce would constitute an incomplete recovery and lead to irreparable sector decline,” the group’s report, Covid-19: Routes to Recovery, says.

The cost to “fully undo the effects of the rescue deficit” for freelance creatives was estimated at £672m. “We acknowledge that is an unachievable scale,” the report writers said.

Instead it suggests a £150m scheme offering £5000 grants could safeguard the careers of the most affected creatives – early career workers, D/deaf and disabled workers, and people of colour.

Covid-19: Routes to Recovery shows some groups are more vulnerable than others: the workers most likely to leave the industry were in Scotland (40%), North England (36%) and North Wales (35%).

It notes that 86% of people of colour employed by National Portfolio Organisations are freelancers, “therefore a stimulus package that is pointed at institutions without freelance conditioning will target money directly towards an 82% white identifying permanent workforce.”

A more “quick and dirty” mechanism than traditional project grants is needed, the report says.

“Project grant applications require ‘partners’ in a moment where there are none, they require that an initial funding pot is already in place at a moment when it is not, [and] they bring with them an administrative ‘drag factor’ in a moment when speed is of the essence.”

Another smaller survey by ISM says a third of musician freelancers were not receiving income support in May and June, while separate research from the Mayor of London predicts the capital could lose one in six creative jobs and £14.6bn by the end of the year.

Sadiq Khan said the £1.57bn package is welcome and “long overdue, but I’m concerned to see no mention of support for the thousands of freelancers who work across the sector or the businesses in the creative supply chain, without whom our theatres, galleries and venues simply wouldn’t function”.

How the rescue fund will be distributed is yet to be announced.

But Bectu Head Philipa Childs said “millions of forgotten freelancers and others across the country [were] hanging on the Chancellor’s every word” last Wednesday (July 8).
“Once again, the Government has let them down and failed to recognise the plight of those who have fallen through the gaps.”

Gains made to the sector’s diversity and economic resilience are all at risk.

The Routes to Recovery report says: “We are in danger of losing a generation of specialist skill and emergent talent that would take a decade to win back. For years, the DCMS, the Arts Council and sector leaders have worked to address historical exclusions from arts and culture. It was getting better. As a result we were lining ourselves up for a more representative, more commercially viable future.”

Now, the theatre workforce faces an employment hiatus that could last until the end of 2020: “It has become clear that some of our theatres will never open their doors again,” the report says.

“The submissions we have received speak of a fear that the programming of our theatres will become more conservative, more cautious, that monologues will be preferred to large cast plays, that ‘austerity aesthetics’ on stage will obviate the need for many design jobs. It is felt that this will disproportionately affect more experimental work led by younger teams of freelancers, a reliance on ‘names’, on ‘safe pairs of hands’.

“We know that many of these organisations are managed by individuals who ‘get it’, who were themselves freelancers for many years. But each theatre’s plan will need to be ratified by its board who will need to balance the perception of risk with their fiduciary duty.”