The show must go on? Increasing cancellations due to Covid-19

Sector bodies have thanked audiences for continuing to attend shows as a growing number of performances, tours and events are cancelled and postponed. 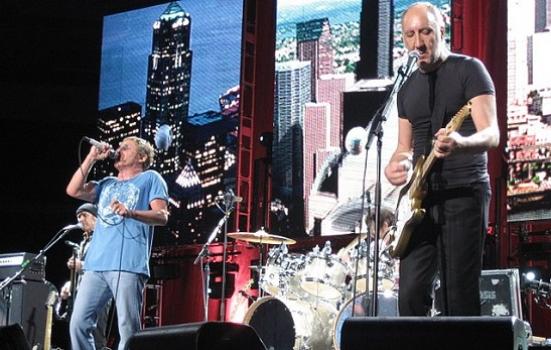 The Who have postponed shows as the coronavirus spreads
Photo:

Increasing numbers of UK events are being cancelled and postponed due to the coronavirus, despite the UK Government and arts sector support bodies indicating that there is no need to restrict large gatherings of people.

Arts and culture industry leaders are meeting regularly with DCMS to co-ordinate responses to the threat, and a central government session with creative industries representatives is planned next week.

A statement from the Society of London Theatre (SOLT) and UK Theatre said the organisations are “in daily contact with the DCMS, members and theatre organisations across the world to share insight and experience, ensuring our theatre workforce and audiences are safe in accordance with the latest Public Health England and NHS advice.”

“Both organisations will be part of a central government session in the early part of next week targeted at the creative industry sector. This will allow us to ensure specific theatre industry concerns are taken into account in government planning.”

The organisations are also meeting with unions, theatrical charities and other sector organisations to discuss the impact of the virus, and are distributing posters to be put up backstage and front of house at venues, sharing government advice on hand washing.

SOLT/UKT also said “deep cleaning is also taking place regularly across venues” and that theatres are advising against backstage guests and physical contact at stage doors. According to the sector bodies, venues are limiting contact between audiences and front of house staff, offering clear refund and exchange policies when shows are cancelled or postponed, and sharing support resources from NHS 111, the Theatre Helpline and Artsminds.

The organisations support performances continuing, saying “in uncertain and anxious times, theatre can provide a much-needed boost and escape".

"We would like to thank our audiences who continue to support us night after night, for staying calm, taking personal responsibility for their health and heeding hygiene advice."

This aligns with UK Government advice, which does not restrict large gatherings – unlike in other European countries. Escalating the official response to the pandemic this week from a strategy of containment to attempting to delay the virus’ peak, Prime Minister Boris Johnson said “the scientific advice ... is that banning such events will have little effect on the spread”.

In contrast, the Scottish government has said gatherings of more than 500 people “with the potential to impact the emergency services” should be cancelled to allow the response to the virus to be prioritised.

Deputy Chief Medical Officer Jenny Harries told the BBC that cancelling large outdoor events would not necessarily be the most effective way of combating the virus: "the virus will not survive very long outside…many outdoor events, particularly, are relatively safe."

Notwithstanding the official advice, increasing numbers of performances and events are being cancelled. Touring company Secret Theatre has refunded ticketholders for its latest production after postponing shows in Hong Kong, Singapore and Dubai.

“The recent government warnings in London, combined with public concerns regarding the virus in relation to performances in public, especially tourist spaces has meant that we have now had to make the sensible step of cancelling our London show as well,” said a statement from the organisation.

“Our current show takes place in a hotel so there are many factors where the risk regarding the virus needed to be addressed in a responsible manner.”

Rock band The Who have postponed a tour of the UK and Ireland planned for March and April, and a planned performance at London’s Royal Albert Hall later this month. A statement said that “the fans’ safety is paramount and given the developing coronavirus situation, the band felt that they had no option but to postpone the shows”.

The singer Poppy has also postponed the UK and Europe leg of her tour, due to start this week.

Chester’s Storyhouse has postponed two May shows “due to economic uncertainty resulting from the coronavirus development”. The venue stressed “this is a financial rather than public safety move”.

The Andrew Lloyd Webber musical Cinderella, which was due to begin previews at London’s Gillian Lynne Theatre at the end of August, has now been postponed until October.

And the Mayor of London has cancelled the annual St Patrick’s Day Festival this weekend. Sadiq Khan said: “I am incredibly disappointed that this year's event has had to be cancelled as key performers and parade participants are no longer able to take part due to the ongoing threat of coronavirus.” London Irish Centre has also called off four planned St Patrick’s events.

The question of how to respond to cancellations and postponements will be a growing challenge for the sector. Ticketing software company Spektrix said some of its clients found that strong relationships with their visitors and audiences “may be helping to mitigate some effects” of the coronavirus' impact.

Liv Nilssen, the company’s Sector Strategy Lead said: “Some audience members are asking to turn cancelled bookings into donations. Certainly, this isn’t a silver bullet but I hope it will be some help to our sector to know that the public is sympathetic.”

While there is currently no requirement for public spaces to close, the Museums Association (MA) says that museums and galleries are considering different ways to engage audiences – such as online – in case this changes. Museums are also exploring more effective ways of cleaning their sites, and some are installing additional handwash and sanitiser dispensers.

MA Director Sharon Heal said: “This is a difficult time for everyone that works in museums and our communities. The MA is supporting our members and the wider sector by discussing with government, sector funders and other bodies what form the best advice and support might take. We have surveyed our members and we know that many are already taking the correct precautionary measures to protect staff, volunteers and visitors.

“The bigger issue will be the medium and long-term impact if travel restrictions are applied and public gatherings banned. Many museums operate with tight financial margins and even a few weeks loss of income could seriously undermine their business models. We would appeal to Government and funders to provide financial support and emergency funding for institutions that are effected by the epidemic; and also ask funders to operate flexibility in terms of delivery of currently funded projects.”

Many unions and membership bodies have shared advice with their members on staying safe during the outbreak. These include widespread recommendations to follow official advice on hygiene, travel and self-isolation.

An important issue mentioned by several bodies is how to respond to the cancellation of shows due to ‘force majeure’ contract clauses when the cancellation is beyond the control of the company. In such cases, members are advised to get in touch with their organisation because the legal issues involved are complex.

Disabled arts organisation Unlimited has provided advice specifically relating to those with autoimmune conditions, which include allowing employees to have their own equipment and enabling flexible working patterns.

And Asian Art Activism is offering advice on “un-racialising” the response to the virus. It recommends that people “call out the racialisation of this epidemic in your news streams, social media platforms and in your conversations” and share human stories of people affected by the coronavirus.

In his recent Budget, Chancellor Rishi Sunak announced financial support for businesses affected by the virus. For firms with fewer than 250 employees, the Government will abolish business rates for a year and cover the cost of statutory sick pay for coronavirus-related absences.

Freelance workers and those on zero hours contracts are acknowledged to be among the most vulnerable. A petition asking the Government to include the self-employed in statutory sick pay arrangements currently has more than 260,000 signatures.