City of Culture ‘changed Hull’s image for the better’ 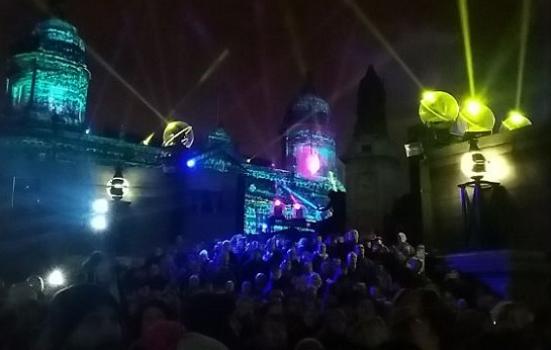 The opening event of Hull's City of Culture celebrations in 2017
Photo:

Hull’s 2017 City of Culture programme turbo-charged the local economy and “challenged the worst images of the city” – but was not enough to establish the area as a world-class visitor destination, an evaluation has found.

Just as many European Cities of Culture “took advantage of the limelight to redraw their symbolic geography and propose themselves as a point of connection between different worlds”, the University of Hull’s Culture, Place and Policy Institute found that Hull was able to redeem its reputation as a ‘crap town’ at the end of the M62.

Through “unprecedented levels of coverage for the city and its arts, culture and heritage offer” and the refurbishment of the city centre, Hull “questioned whether its poor reputation had ever been a fair judgement”.

Culture, Place and Policy Institute Director Professor Franco Bianchini said: “there is no doubt that since Hull 2017, the city’s image has changed for the better both within Hull and externally.”

More than 5.3 million people, including more than 90% of Hull’s residents, attended at least one of the 2800 City of Culture events and activities during 2017 – and rated them as being higher quality than projects funded by Arts Council England.

Surveys of residents show a “continuous trend of increasing confidence to participate in cultural activities”. Arts attendance increased by about 6% in both 2017 and 2018 – and 37% of children said they wanted to take part in more creative or heritage-related activities.

The report writers estimate that the City of Culture programme was directly responsible for at least £89.3m of investment in the city and contributed to a 9.7% increase in tourism that year. More than £32m was fundraised – double Hull City Council’s original goal – and 465 new commissions far exceeded a target of 60.

But Hull 2017’s greatest success was arguably its 2400-strong volunteer workforce, 20% of whom were volunteering for the first time: “After 2017, a new wave of volunteers joined existing volunteers and together they are increasingly involved in more social action-oriented forms of volunteering,” the evaluation says, noting this offers “tangible evidence of an enduring legacy” for the City of Culture year.

“The programme demonstrated the significant economic and social impacts that a year-long co-ordinated programme of arts, culture and heritage activity can have on a city … This presents a strong case for investment in culture from across a range of socio-economic policy areas and raises the question [of] whether Government, nationally and locally, should be investing in culture in a more horizontally integrated way.”

The programme’s biggest shortcoming was perhaps its failure to engage several sections of Hull’s community. Ethnic minorities were underrepresented among City of Culture audiences, the city’s most deprived citizens were not reached, and engaging 16 to 34-year-olds “proved to be unexpectedly hard”.

Few cultural sector jobs were created and visitor numbers at local cultural institutions fell once the City of Culture year was over – survey respondents cited a “cliff edge effect” whereby cultural activity in the city dropped dramatically in 2018. Despite the increase in investment and tourism, the evaluation notes that “Hull still ranks relatively poorly as an international visitor destination”.

Additionally, it is not clear whether Hull 2017 was value for money, Measured in wellbeing-adjusted life years (an economic measure combining life extension and improvements in health), the programme was better value than the 2012 London Olympics but less productive than some National Lottery programmes, which improved wellbeing at less than half the cost.

While residents’ wellbeing reached a high in March 2017, their reported happiness, anxiety and life satisfaction had worsened by the end of the year, bucking national trends.

The report suggests this decline “might point to the limitations of what an urban culture-led regeneration project can achieve in this field”.

“The first season’s boost to wellbeing showed what was possible in the short-term; the continued rise in cultural participation gives hope of positive impacts in the long term.”

Advice for future Cities of Culture

The report says the changes brought on by Hull 2017 are “profound but somewhat fragile” and need to be consolidated: “cultural policy makers in Hull will have a dual task, to try consolidate a core audience for cultural activities while at the same time encouraging greater participation by non-attenders.”

For future Cities of Culture, the institute has recommended considering announcing their cultural programmes earlier to encourage more tourism and investing more time and money in upskilling the local cultural sector “so that, after the end of the year of culture, the city is ready to build its own legacy”.

It says that interviews with Hull 2017’s learning and participation team and local stakeholders revealed a disconnect and scope to strike a “better balance” between creative activities delivered at school and those involving the wider community.

But overall the evaluation suggested each City of Culture programme will face challenges unique to its local context.

“We argue that it is more valuable to talk about lessons learnt from the very specific experiences of Hull … rather than to attempt to create a ‘blueprint’ or ‘model’ that would be exported for the future delivery of other culture-led regeneration projects.”