An additional £1m will help the organisation delivering Hull 2017 establish itself as an independent company and continue to provide cultural programmes after the year of festivities ends. 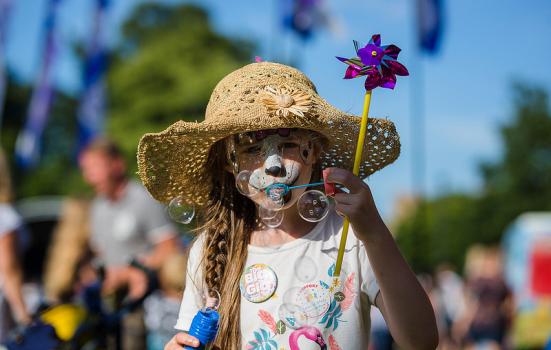 Hull has committed to maintaining its UK Capital of Culture legacy with the announcement of a new £250m investment in the city’s infrastructure.

Speaking at a launch event this week, Councillor Brady, Leader of Hull City Council, told audiences about a new 3,500 capacity music, arts and conference venue in store for the city, and an upcoming £27m attraction to “shine a light on Hull’s unique heritage as Yorkshire’s Maritime city”.

The Council has also pledged £1m to help Culture Company, the organisation set up to deliver Hull’s year as UK City of Culture, to continue programming cultural events as an independent organisation after the celebrations finish.

“Hull’s journey towards City of Culture and the year itself has shown that investing in the arts and culture works,” Brady said. “From raising our city’s profile and attracting record numbers of visitors to regenerating our places, improving the opportunities and wellbeing of residents, inspiring our young people and capturing the spirit of our wonderful volunteers, it’s an investment worth making.

“2017 has been incredibly successful, but is just the beginning for Hull. Our collective ambition for the future is bigger and bolder and with the whole city working together, as we have done in the build up to and delivery of 2017, we will deliver.”

A year of culture

The new fund follows £50m already invested by the Council and its partners in major cultural regeneration projects, including a £25m public realm project, improvements to Hull New Theatre and the Ferens Art Gallery, and work to re-start development of the Fruit Market.

Hull’s year as City of Culture is expected to deliver a £60m boost to the economy in 2017, and attract one million additional visitors to the city. An interim report found that 1.4 million visitors attended cultural activities in the city during the first three months of festivities.

Alongside the new £30m arts centre, due to open next summer, other planned developments include:

Martin Green, Chief Executive of Hull 2017, said he was “delighted” to see the council re-affirm its commitment to culture, adding the new investment would “help ensure Hull’s position as a force to be reckoned with, not just in the North, but nationally”.

He continued: “Creating a legacy for the city is of course a collective act, and Culture Company will continue to work alongside the Council and other partners to ensure culture remains at the forefront of those plans.”

Culture Company plans to establish itself as a permanent national arts company based in Hull. In addition to leading the 20-year legacy plan and continuing to programme arts activities in the city, it will work independently as a cultural consultancy and advocacy agency across the UK and internationally.

Green added: “We want to capitalise on the knowledge and expertise gained as Culture Company, supporting city efforts to help ensure a lasting cultural legacy for Hull, as well as helping to embed culture into policymaking for cities.”

Hull will enter its fourth and final season of UK City of Culture activities, ‘Tell the World’, in October.

Friday, 05 June 2020
To keep the sector up-to-date with what others are doing in preparation for the 'new normal', AP has launched a new feature, The Way Forward. Each week we will be keeping our eyes open for the most... read more

Matt Griffiths says the music industry is a top-heavy machine that no longer encourages...