The success of Hull City of Culture shows what can be achieved in the arts when we come together to achieve a common goal. Positivity is key to making change happen, says Phil Batty. 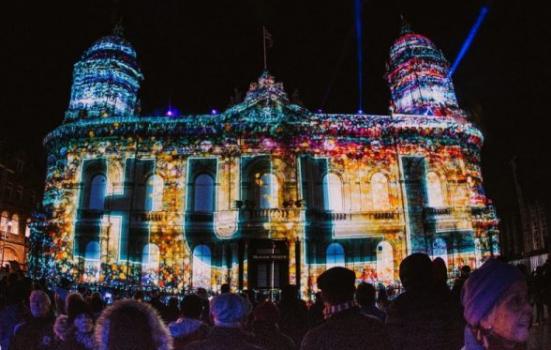 "We are too young to realise that certain things are impossible, so we will do them anyway." These are the words of William Wilberforce MP, a fellow Hull native, who famously led the abolition of the slave trade in the British Empire in 1807. Wilberforce began his career in politics at the age of 21, so knew a thing or two about the optimism and bloody-mindedness of youth.

If we’re open to ideas and new approaches, then together we can make change through art

That quote has been a personal inspiration for my career. At 28 years old, I’ve been fortunate enough to hold senior leadership positions at a relatively young age. I’ve led high-profile arts marketing campaigns, devised volunteer programmes, and had the privilege to work on the transformative UK City of Culture project.

I am not comparing myself to Wilberforce. I have not saved nor altered lives nor changed the course of history on a global scale. But I do believe that as leaders in the arts, we have a genuine and real ability to make a difference to communities across the UK.

In an increasingly uncertain political and economic climate, I believe we need to be doing those impossible things Wilberforce alluded to if we are to make real change happen. There were numerous facets to the success of Hull’s City of Culture bid and year. Winning it was a reflection of the huge collective power of a city to make change happen, and what can be achieved in the arts when we come together as a sector to achieve a common objective.

In 2003, Hull was named the UK’s number one ‘Crap Town’, according to Sam Jordison’s less-than-favourable alternative city guide. Ten years later, it was named the successful bidder for UK City of Culture 2017.

We were the underdogs who had been told we wouldn’t amount to much and woe betide anyone who would tell us that ever again. There was cynicism at the start, like there always is, but at the end of the year, nine out of ten residents had been involved in the programme and were actively engaged in arts and culture, something the city had never before experienced.

One of my most memorable experiences was Blade, an installation by Nayan Kulkarni which saw a 75-metre wind-turbine blade placed in Queen Victoria Square, a pedestrianised area of the city. Under cover of darkness, and in total secrecy, this jaw-dropping symbol of change appeared overnight and subsequently attracted over 1.2 million visitors between January and March.

Did we get planning permission for it? What do you think? Did we ask if we could cut those traffic lights down to squeeze it through the dual carriageway? Maybe. This was a reclaiming of the city: for its people, its industry and its future. Something only art can achieve.

Disruptive tactics, public art interventions and acts of guerrilla marketing can all have negative connotations, but when it’s disruption with heart, a reason and a story behind it, that’s where the magic lies. That’s where there’s the opportunity for connection, and where we can make a difference.

For the UK City of Culture project the sector came together with positivity to try new things, experiment with new approaches to building audiences, and get under the bonnet of all the data we were collecting to better understand what worked and what didn’t. That experience strengthened the respect I have for our audiences, the communities who are open to experiencing stories that are full – that challenge the world around us whilst reflecting it – stories that are not half-measures.

Positivity, it turns out, is contagious. To lead change, you need to collaborate with positive people. Currently I’m working with two incredible arts charities: The Women of the World Foundation and Children and the Arts. In both these roles, I am surrounded by inspirational people – Jude Kelly and Rosie Millard, to name just two – and in a short space of time I’ve learned so much from them. We’ve laughed and debated, we’ve considered the things we have in common and the things that make us different.

We know that if we all input, if we challenge, if we buoy others when needed, and if we’re open to ideas and new approaches, then together we can make change through art.

The importance of this positivity – whoever you are – cannot be underestimated. It was a driving factor for Hull’s success. Soak it up around you and watch as it spreads. In Hull it was and is still evident in the 2,500 volunteers. Each one is a shining example of the difference individuals can make to their home city and each made a special contribution to the year with the brightest of smiles.

To conclude, when I was growing up, there’s no way I could have imagined that my career would take me where it has today. Indeed, five or six years ago the thought of Hull being UK City of Culture seemed almost impossible. However, by keeping an open mind, being open to opportunities, and saying “Yes, I can do that, that is possible”, then that helps us all to lead, even if we don’t entirely know where the road we’re leading down will take us.

Phil Batty was Director of Public Engagement for the Hull UK City of Culture 2017.
www.spektrix.com

This article is an advertising feature sponsored and contributed by Spektrix. It is adapted from a talk given at the Spektrix Conference ‘Leading for Change’ held in Leeds on Wednesday 26 September 2018.