Museums have not yet returned to full strength despite restrictions lifting. The challenges for smaller and larger sites this summer differ. 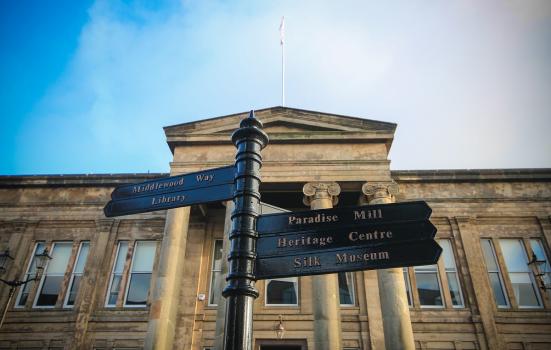 Visitors are choosing big museums over smaller ones this summer, stoking concerns about the wider sector's viability.

Research by Art Fund found 65% of museum visitors were angling for one of the top 10 sites - eight of which are in London - compared to 39% who were planning a trip to one of more than 2,000 smaller sites.

But large London institutions aren't necessarily returning to their pre-pandemic glory: amid lower international visitor numbers, it seems domestic tourists' dollars are being spent in seaside towns, with Blackpool and Bournemouth generating the greatest footfall and spending.

Paul Swinney, Director of Policy and Research at the Centre for Cities, says its monitoring of high streets' recovery around the country shows that large cities with higher concentrations of arts venues are "relatively quiet".

Despite having the most arts venues in the UK, London's visitor numbers have taken the biggest hit, Swinney added.

"We know that people have been keener to head into city centres for leisure than work since the restrictions eased.

"This suggests that continued concerns around Covid-19 mean that arts venues in big cities are not necessarily proving a big draw for many people this summer."

DCMS statistics released this week indicate 52% of Britons visited at least one museum or gallery the year prior to the pandemic. Visits fell sharply during the lockdowns and museum professionals say they have not fully recovered.

Director Jenny Waldman urged people not to forget about their local museums and galleries this summer.

"Smaller, local museums offer an incredible array of collections, exhibitions and activities and staycations are the perfect opportunity to discover the UK’s amazing local museums."

55% of museums and galleries remain worried about their long term survival, according to Art Fund's survey.

Macclesfield Silk Museum was only able to host six people at a time last summer due to social distancing requirements.

Though it is now operating at full capacity, it can no longer afford to open six days a week, having lost two volunteers and 18 months' income.

"We are so short staffed," Marketing Manager Nicky Brier said.

Some of Leicester Museums' staff may be seconded to run the track and trace scheme if needed.

The four council-owned sites - Leicester Guildhall, Belgrave Hall, Abbey Pumping Station and Leicester Museum and Art Gallery - did not immediately reopen back in January because of the city's high Covid-19 infection rate.

The satellite sites are now welcoming 60 to 70% of their full capacity. The main museum, where capacity is still capped, is operating at 55 to 60% of its usual patronage. Sales for event tickets are slow.

"We're not quite hitting those maximum numbers at the moment, even though it's the height of summer," Resources Manager Phil Hackett said.

The council will decide whether to fully reopen Leicester Museum and Art Gallery at the end of the month.

"The issue for us is that October half term is probably our second busiest month after August," Hackett added.

"We're a little cautious because October could see five, five thousand a day at the main museum, which might be a bit much for Covid security."

Registrations for its Have a Dabble arts and crafts classes have grown from 30 women pre-pandemic to more than 600.

"Everything we did before Covid was museum based; everyone had to come to the museum. [Now], we're sometimes getting more visitors through our online tickets than at the museum," Brier said.

"Our visitor numbers are way down but the future is starting to look a bit brighter."

Both use Art Fund's bookings software, Art Tickets, which they said has generated a surprising level of donations - £1,000 a month in Leicester Museums' case.

Hackett commented: "100% of our audience have taken to pre-booking online; they love it."