National Museums Liverpool and the V&A consult on redundancies amid a month-long decline in visitor numbers for England's major museums. 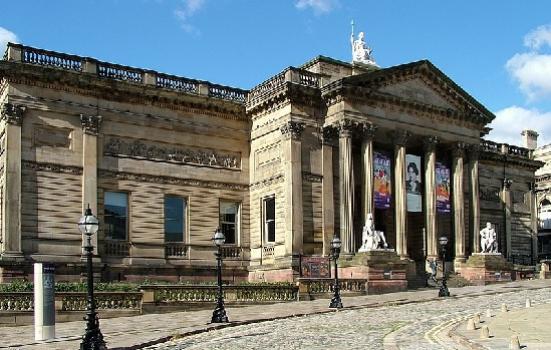 The Walker Art Gallery, a National Museums Liverpool site, was one of the first to reopen in July
Photo:

Visitor numbers for major museums are declining again after a promising resurgence in August.

Following a standstill when museums initially reopened, DCMS data shows visitorship at 11 out of 15 sponsored sites hit a high point in the first week of September - 25% of usual patronage for that time of year.

It fell consistently across the rest of the month to 19.2% of usual traffic, slightly less than in mid August before the British Museum reopened.

The figures suggest visitor numbers may have hit their post-Covid peak: most sites are ticketing based on an unofficial 30% capacity rule and increasing local lockdowns, which have forced museum closures in Wales, could soon be seen in England too.

National Museums Liverpool (NML) was one of the first DCMS-sponsored institutions to reopen, with two of its eight sites (World Museum and Walker Art Gallery) in July. This week, Director Laura Pye announced consultation on redundancies for up to 20% of its staff.

The organisation's visitor figures were 17% of its 2019 numbers during the summer season.

It has postponed exhibitions, reduced its opening hours, and used its reserves to try mitigate the economic effects of Covid-19 but is still forecasting a £5.9m loss this year.

"We could never have imagined we would be in this position," Pye said.

The V&A too is eyeing job cuts for a similar number of workers as NML - about 100 staff - as part of a plan to reduce costs by £10m.

Among museums not sponsored by DCMS, Eureka!, the national children's museum in Halifax, announced it will cut an unconfirmed number of jobs, having spent £500,000 of its reserves.

The Museums Association is running a 'redundancy tracker' to record the impact of these consultations on the sector.

School holidays are over and the lack of school visits is affecting visitor numbers at most large institutions.

The National Museum Directors' Council said this will be an ongoing issue for its members, especially those with interactive exhibits that would normally appeal to educators.

But those museums that reopened first suggested the lack of inbound tourism and trepidation about being in public spaces were more influential factors.

NML attributed the drop in footfall to "social distancing, the inability to host school and other group visits and a downturn in tourism".

National Galleries said it was monitoring how many people want to visit, how many book tickets but then fail to show up, and how long visitors spend there.

A spokesperson said "we are letting a constrained number of people in to allow us learn what that looks like, and then we can look to increase visitor numbers from there". They declined to say what their current visitor numbers were, or how much they would look to grow them by.

The Wallace Collection cast its visitorship in a flattering light, saying its "slight decline in recent weeks" was normal for September when school resumes. DCMS' figures report the proportion of visitors compared to the same week in previous years, so this is irrelevant.

"We are understandably missing school visits now, which usually go some way to balancing the drop in visitors, but in a normal year we would expect things to be a little quieter in September, and this year has of course been far from normal," a spokesperson said.