UK cultural attractions are calling for a new bank holiday to boost tourism, and the popularity of outdoor attractions, starting to reopen from next week, has skyrocketed. 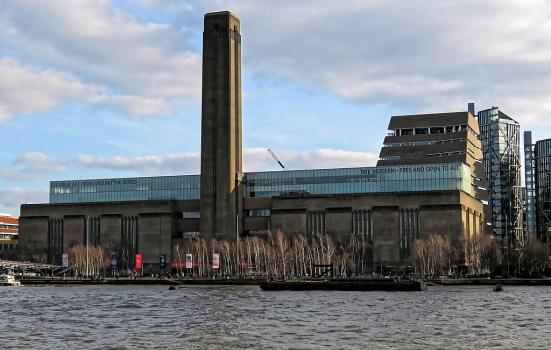 UK cultural attractions are calling for a new bank holiday to boost tourism after visitor numbers fell by 70% in 2020.

45.4m people visited 294 Association of Leading Visitor Attractions (ALVA) sites, which include many major museums and galleries, compared to 151.3m in 2019.

Some venues recorded a drop in visitors of more than 80%, with high profile attractions in London particularly hard hit. Visits to The Southbank Centre fell by 84%, the British Museum and The National Gallery both dropped by 80%, and Tate Modern lost 77% of its expected visitors.

He called on the Government to provide further support for the sector by creating a new bank holiday in September 2021 to thank the NHS and key workers and help the tourism industry recover.

“Bank holidays are really economically significant for additional income, but most visitor attractions have been able to benefit from just one in the last 13 months.”

Donoghue also called for the reduced VAT level on admission charges, currently 5%, to continue beyond September, when it will increase to 12.5%.

He also called for relief from business rates to be extended, saying some visitor sites have been closed too long to afford to pay them. The exemption expires in July when businesses will have to pay one third of the usual rates.

London and UK cities in general had suffered disproportionately due to the almost total collapse of global tourism, Dononghue said.

“In a normal year, just over 50% of all overseas visitors to the UK come to London... we lost those visitors for essentially 10 months of last year and we will lose them again for the majority of this year.”

London and other cities have also lost their domestic markets, he added.

"When visitor attractions have reopened there’s been a preference to go to outdoor sites, and the coast and countryside in particular."

The third missing audience is business workers - those who might visit a gallery during their lunch break or after work - who are expected to continue working from home.

A recent survey by The Art Newspaper highlights a similarly bleak picture internationally, with visits to the top 100 most visited art museums down 77% overall last year.

The Louvre in Paris remains the most visited despite losing 72% of visitors and about €90m in income. London's Tate Modern, which was closed for 173 days in 2020, was the world's third most visited art museum after the National Museum of China in Beijing.

Self generated income across the four Tate galleries fell by 60% last year, from £94m to £38m, the survey found.

The pandemic has led to a rise in popularity for outdoor attractions as the Prime Minister confirms these sites can reopen from April 12.

Chester Zoo became the sixth most-visited attraction in 2020, up from 14th place in 2019 despite a 43% drop in visitor numbers. RHS Wisley in Surrey was the seventh most visited attraction, up from 28th place.

By comparison, Royal Museums Greenwich moved from 9th place to 130th due to a 96% decline in visits.

Despite the huge fall in visitors to London, the five most visited UK attractions were all in the capital – as was the case in 2019.

The Natural History Museum in South Kensington was second with 1.29 million visitors - a 76% drop on 2019. Kew Gardens moved up from 11th place to fourth (1.2 million visitors), proving more popular than The National Gallery in fifth place.

Major cultural attractions in Scotland were also badly affected. The National Museum of Scotland in Edinburgh, Scottish National Gallery, Kelvingrove Museum, Riverside Museum and V&A Dundee all experienced a drop in visitors of at least 80%. Edinburgh Castle, normally the most visited paid-for attraction in Scotland, saw a drop of 87%.

Donoghue said that while 2020 had been a terrible year for visitor figures, it would be remembered as a turning point for digital innovation in the sector.

“The success of digital engagement has given attractions more confidence to be creative, to take risks with new ideas, to create partnerships with unusual suspects, and just to try stuff. I think that confidence will continue in the future.”

He predicted that increased digital activity would continue even when attractions were able to be fully open again.

“We have all got very used to accessing digital content, very easily, very confidently, very quickly – whether it’s Netflix, Amazon or a virtual tour of a gallery. I don’t think that will change.”