The Creative People and Places scheme is helping develop a new generation of progressive arts leaders, according to research. 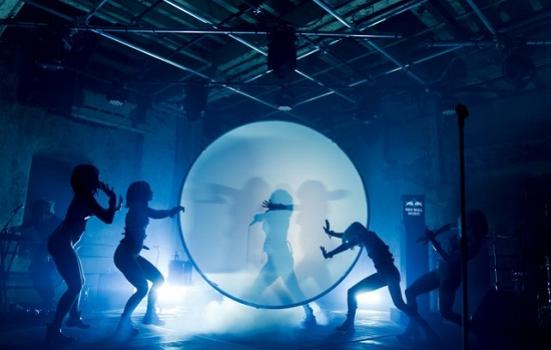 Co-creation was cited as one of the strengths of the Creative People and Places leadership model
Photo:

Cultural organisations need to embrace a “multiplying” style of leadership to break through the sector’s inertia on diversity, says the author of a new report.

While any combination of these elements may work for an individual organisation, Robinson says CPP emphasised community-led approaches, decentralised decision making and allowed people to learn through failure.

This approach has led to better diversity outcomes than are found elsewhere in the arts. As well as engaging hard-to-reach audiences, CPP had a higher proportion of female leaders than National Portfolio Organisations (79% compared to 59%) and there were “examples of progression from non-traditional backgrounds”, the report says.

“CPP has at times acted as a proving ground for a generation of leaders leading in progressive ways and will do so more in the future.”

Robinson told ArtsProfessional that “the question CPP asks overall is, how does the [cultural] system need to change to involve more people? There’s not one single answer to that”.

His report builds on a wider movement towards co-creation and cultural democracy, referencing leadership academic Keith Grint’s call for leaders to act as ‘bricoleurs’ using the materials to hand, rather than engineers seeking the perfect solution. “This seems to me to reflect what I have observed and heard described within CPP approaches to leadership,” Robinson wrote.

He concluded that the scheme’s consortium model was “an important factor in enabling CPP to work in different ways to many arts organisations”.

CPP participants said that community-led approaches to decision making, collaboration with multiple stakeholders, and the ability to learn from failure were among the scheme’s greatest strengths.

But the scheme’s decentralised approach to leadership and co-creation has also presented challenges. The multiplicity of leadership has “added complication at times for directors and consortium members, with attention being paid to equality, competition for resources and local dynamics, as well as different styles,” the report notes.

One person interviewed for the research commented: “Place-based leadership is far more than organisational – you need to have eyes open to the context of the work, not the market for the work.”

CPP directors spoke of both the challenges and the rewards of relinquishing control of the process and outcome of creative activities.

Several also told Robinson the role was incredibly stressful. One said that it was the most stressful job they’d ever had – “I think it’s the weight you carry doing community work”.

The report acknowledges that CPP leaders were more able to take risks than arts organisations with income targets and other business-critical issues to consider: “Sometimes, some chief executives might counter, it’s just impossible for them to say yes so readily.”

Asked whether CPP’s leadership approaches could feasibly be replicated in a more traditional setting, Robinson said the programme had not been without business drivers and pressures of its own.
Indeed, he believed multiplying leadership may be the solution to burnout among chief executives whose job descriptions are “barely doable by human beings”.

“The question is whether those pressurised situations and that way of working are sustainable in the long run,” Robinson said.

“Over time, that needs to change because it contributes to some of the issues we have in our sector – such as the diversity of leadership.”