Calls for unity have been made following comments accusing Arts Council England of appropriating a radical movement and likening the national funder to Nigel Farage playing the sitar at WOMAD festival. 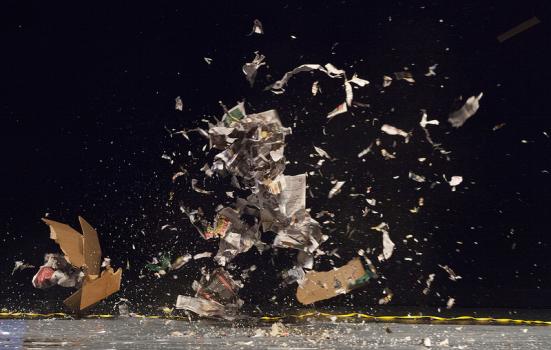 COD Newsroom on Visualhunt.com / CC BY

Arts Council England (ACE) has published a “practical guide” to cultural democracy, one of the most radical community arts concepts to have emerged in recent decades.

Aimed at Chief Executives, Boards and staff of UK arts organisations, the report includes arguments for integrating the concept from a business perspective and offers examples of community-focused work by National Portfolio Organisations (NPOs) across the country.

But the release has proved highly contentious, sparking accusations of appropriating and diluting a long-running radical movement and denying the fundamentally democratic, egalitarian nature of the concept.

Written by 64 Million Artists, the consultancy which last year urged ACE to promote everyday creativity, the report is aimed at those “who are interested in finding out more about cultural democracy”.

It describes the concept as a “simple proposition, in which art and culture is unbounded”. It says cultural democracy encapsulates “all kinds of activities – from the personal to the collective, informal and formal, from grime to opera, knitting to line dancing, the West End to fringe…”

Recognising that the wealthiest, better educated and least ethnically diverse section of the population is still the most culturally active, it argues that there is an economic, social and political case for “cultural revolution”.

It says that the risk of ignoring cultural democracy – by ‘opening up decision making’ and ‘opening up physical spaces’ – may be that “formally defined arts and culture becomes increasingly irrelevant in a society that wants to be actively involved in everything.”

“We want to offer something practical for those that want to move towards a democratic approach to culture,” the report adds.

But many experts on cultural democracy have suggested that the Arts Council has misunderstood the idea. Community arts specialist François Matarasso made a distinction between the democratisation of culture and cultural democracy. He told AP that the former is a policy – “an initiative as a cultural organisation or as a national body to promote access to culture”.

By contrast, he said cultural democracy “is a process, not a state, like democracy itself, in which we negotiate what we believe to be valuable. I don’t think it’s something that you can achieve through policy or initiatives at a national level or at an institutional level.”

Researchers Stephen Hadley and Eleonora Belfiore have taken a similar stance. Writing in AP, they note that researcher Owen Kelly’s seminal manifesto on cultural democracy was not focused on the extension of the arts to encompass more activities from more people in more places, but on its replacement.

They take issue with ACE’s comments that the push to give communities more control over arts programmes – through schemes such as Creative People and Places – will change the way NPOs develop activities, rather than change how arts funding is distributed and the overall relevance of NPOs.

“The need to fully embrace the reality of this debate, and its potential repercussions for the subsidised arts sector, requires us to go much further than co-opting community engagement into a perpetuation of the status quo,” Belfiore and Hadley write.

“There can be no true exploration of cultural democracy without the acknowledgement that hierarchies of cultural value have always been, and always will be, bound up with questions of power and authority.”

The ACE report says cultural democracy does not try to define “what is excellent art and what’s not”. But it says the concept is “rooted in the principle of excellence – that everyone should feel able to express themselves creatively and that by doing so, excellent outcomes can be achieved”.

Discussing the need to value process and product equally, it adds that “the pursuit of an excellent product can be an interesting and important driver, but when it becomes the exclusive focus, this can negate the valuing of people as individuals or their experience”.

Matarasso commented that the push for excellence in cultural democracy is a “perfectly legitimate aspiration”, as all artists– whether professional or non-professional – aim to make art that is as good as possible.

The report stops short of concrete recommendations, instead highlighting the broad importance of expanding who gets to make key decisions on programming, money, recruitment and pricing. It relays ideas raised in a consultation period, such as abandoning the idea of a ‘learning and participation team’ and co-creating with audiences, instead of simply asking them for feedback on work.

It also stresses the importance of Chief Executive Officers, Artistic Directors and Boards giving up power as part of a “cultural revolution”.

Speaking to AP, theatre maker and commentator Hassan Mahamdallie dismissed these comments as a “rhetorical flourish”, given the lack of explanation as to how such changes should be made by ACE or the sector.

He took issue with the “incremental and iterative” vision outlined in the report. “Look at the task in hand. Everyone agrees that the distribution of funds is unequal. Everyone agrees that the subsidised arts sector is overpopulated by one narrow group of people,” he said. “We know the situation is getting worse. And at the same time, you have this document which is so diluted – who could possibly imagine that the thrust of this document addresses those fundamental structural issues?”

He said that after 70 years of operation, ACE has constructed an NPO portfolio which is “unsuited to the purpose of cultural democracy”.

“It’s difficult to avoid a conclusion that these efforts by the Arts Council are really to protect its vulnerability over real questions about equity, distribution of power, redistribution of funds and institutions.

“I’m not surprised people in the movement for cultural democracy are pretty upset by it and are saying well really, ‘this is not what it’s about at all’.”

Members of the Movement for Cultural Democracy – which is supported by the Labour MEP Julie Ward and the Culture Group of the PCS Union – argued that there were serious problems with the report.

On Twitter, Stephen Pritchard expressed concern that the document does not mention class and downplays the relevance of race, gender and age. Martin Cox said that attempting to deliver cultural democracy through a framework that has ensured cultural inequality for decades “gives this report all the credibility of Nigel Farage playing sitar at WOMAD festival”.

But Stella Duffy, whose Fun Palaces initiative is profiled in the report, called for unity, tweeting: “I suspect we can create change sooner and more hopefully by working together than by dividing ourselves into the 'best' cultural democrats and the 'less-good' ones.”

“While I understand that analysing can be useful in terms of sharing knowledge and practice, there is a great deal to be said for practical, personal experience and simply making work," she added.

Mahamdallie also told AP that anyone who had worked at ACE “knows it’s not a bastion of democracy”, and that the national funder’s decision to post a report on cultural democracy “leaves it open to charge of a lack of credibility”.

While acknowledging that ACE was entitled to have its say, he added: “If ACE wants to say it’s part of the cultural democracy movement, then as the major player it would have to go further to avoid an accusation of appropriating a movement”.

His comments were echoed by researcher Susan Jones, who tweeted: “The issue of how to stop institutions from appropriating everything and using it for their own ends is perennial”.

François Matarasso said: “Cultural institutions have a powerful interest at stake in all of these debates. It is legitimate for them to pursue those interests in a democratic society.

“It’s equally legitimate for other people to challenge how those interests are being pursued and interpreted.”