Results from the assessment will determine the allocation of around £2bn in annual government funding. 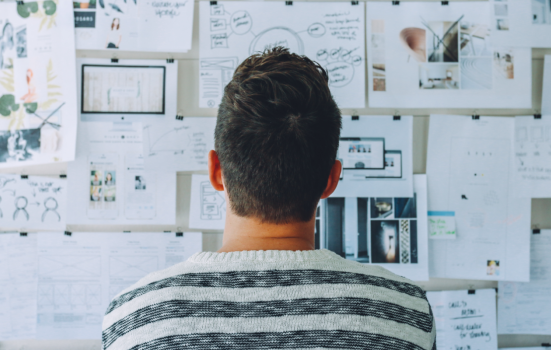 The vast majority of UK-based academic research in art, music, dance and drama is either "world-leading" or "internationally excellent", a national assessment has found.

The Research Excellence Framework (REF) 2021 found that of 3,707 pieces of research submitted relating to music, drama, dance, performing arts, or film and screen studies, 39% were world-leading in terms of their originality, significance and rigour, and were given the highest rating of four-stars.

A further 36% of the research, submitted by a total of 84 higher education institutions, was given a three-star rating, meaning it is considered to be internationally excellent.

In terms of research relating to art and design - covering history, practice and theory - a total of 6,388 pieces of research were submitted across 86 institutions, with 37% rated four-star, 41% as three-star, 19% as two-star, and 3% as one-star.

The results of the REF evaluation, which examined work produced between 2014–2021, are used to allocate about £2bn in annual government funding for research, with institutions getting more money based on the performance of past research.

The Royal Central School of Speech and Drama performed best of the seven UK conservatoires submitting research. Three quarters (75%) of its work was graded four-star and 19% three-star.

Dr Tony Fisher, Head of Research Strategy and Projects, at Royal Central School of Speech and Drama, said: “In the face of many adverse political and economic headwinds, the sector has shown great resilience but also more importantly, it has shown once again the value of research in theatre, drama and performance in sustaining the vibrancy of the UK’s research ecology, and the contribution our discipline makes to wider civic, public and cultural discourses.”

Research assessed as part of the impact evaluation can take the form of publications, performances, or exhibitions, and is judged based on its quality, its impact beyond academia, and the environment supporting research within the institution.

The Royal Conservatoire of Scotland (RCS) said it had the best results of any higher education institution in Scotland in terms of the specific measure that charts real-world impact, with 67% of research getting four-stars.

High-impact research conducted at RCS includes a long-term partnership with Creative Scotland, developing an evidence base upon to develop policy on music provision for young people.

Professor Stephen Broad, Director of Research and Knowledge Exchange at the Royal Conservatoire of Scotland, said: “I am full of admiration for my colleagues whose exciting and important work is reflected in this result.

"The Conservatoire’s researchers care about making a difference in the world – that’s why they do what they do – and we are lucky to work with some incredible partners who share our ambition to change lives for the better.”

Results for music, drama, dance, performing arts, film and screen studies and art and design showed significant improvements since the REF was last conducted in 2014.

But Professor Dinah Birch, who chaired the REF’s arts and humanities review panel, said that changes to the requirements for submitting research mean like-for-like comparisons with the last set of results are of "limited use".

In 2014 each researcher at an institution was expected to submit at least four pieces or research. For the 2021 exercise universities were required to include all academic staff with significant research involvement in their submissions for the first time. But institutions were given greater flexibility about how many pieces of research could be submitted for each staff member.

David Sweeney, chair of Research England said: "The consequences of these changes have varied across submitting units and areas of research, but in general they have tended to lead to higher scores across the framework.

"Changes to the exercise have meant that we have been able to capture more of the excellent research undertaken by our globally-facing universities and the detailed results indicate that world-leading research is distributed widely across subjects, types of university, and in all parts of the UK."