Former Watershed Chief Executive Dick Penny stressed he is “more excited than ever” about working in Bristol as he leaves his role of 20 years and heads a new Watershed venture aimed at creating growth in the city. 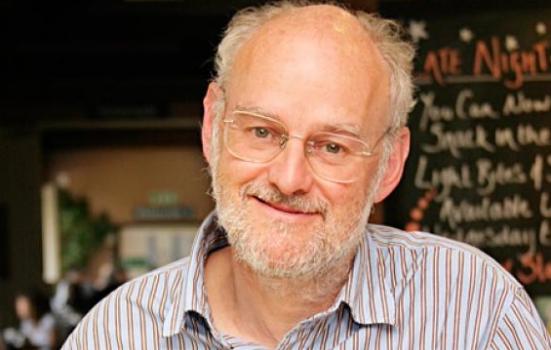 Rigidly following funders’ goals and ignoring the wider impact of activity on local communities can diminish the value of an arts organisation’s work, the former Chief Executive of Watershed has warned.

Dick Penny also raised concerns about the amount of time and effort arts organisations are forced to spend negotiating access to funding given a pre-occupation with short-term projects and competitive processes.

He was speaking to AP as Watershed, the Bristol-based creative media organisation he had led as Chief Executive for 20 years, undergoes a leadership change. Long-time Watershed employee Clare Reddington, who has been with the organisation since 2004, has now taken over as CEO and will lead the organisation alongside Executive Director Miriam Randall, who joined last year.

Commenting on the changes, Reddington said: “I am equally excited and humbled to be taking on a new challenge within an organisation I love, but have every confidence that Miriam and I are more than ready to work with our excellent team on the next stage of Watershed’s journey.”

Penny has meanwhile taken up a new role as head of Watershed Ventures, a subsidiary organisation tasked with developing economic sustainability among creative organisations in the city region.

Free from time constraints, the organisation will focus on developing partnerships, strategy and a find a new way of “enabling a broader range of sustainable inclusive activity”. The venture will work with a broad range of local stakeholders, including academics, to bridge the gap between what is seen as ‘cultural’ and what is seen as ‘commercial’.

“It’s about trying to find new ways to think about cluster and place, rather than think first about institutions”, he said.

Penny added his hope that the Ventures project would help address challenges inherent in current funding arrangements, which are characterised by a pre-occupation with short-term, competitive, performance-driven goals.

Watershed is one of Arts Council England (ACE’s) National Portfolio Organisations (NPOs), having recently begun a four-year funding period from 2018-22.

As a provider and champion of cultural cinema, it also leads the British Film Institute (BFI’s) South West branch of its Film Audience Network, a £3m initiative intended to promote cultural cinema around the UK. Penny credits this with helping Watershed to reach record cinema audiences last year.

Reflecting on public funding in general, Penny stressed that the pre-occupation with “constantly redrawing the rules of engagement” remains an issue.

“There’s a push from the politicians to constantly fund something new. And what we really need is sustainable, long-term development. That’s how you build inclusion – because people who are excluded need to understand how they can get involved,” he said.

“If you keep changing the rules it’s bloody difficult for the people who are on the inside, and it becomes impossible for anyone on the outside.”

Penny added that this political push spills over into how work is measured, creating a lot of short-term, competitive funding driven by Key Performance Indicators (KPIs), which results in “huge amounts of time and resource used to negotiate how you get funding”.

Taking the recently announced Creative Industries Sector Deal as an example, he said he strongly welcomed the contents but expressed concern that a key measurement attached to funding was how many jobs are created.

“We all know in the cultural and creative sector it’s a lot of freelancers and micro-work – so the historic industrial metrics don’t fit the new creative knowledge industry,” he said. “There’s a mismatch between the way funding is allocated and what you want to apply the funding to – and the funding agencies get caught in the middle of that.”

He added that while every organisation has to fulfil the metrics and key performance indicators of their income sources, “if you slavishly follow those and don’t look at the world you’re operating in then you can end up being less engaged and valuable than you could be”.

He continued: “Obviously we need to fulfil the KPIs of ACE, but that is a function of what we do – it is not a goal in and of itself.”

Despite Bristol’s reputation as a creative and innovative city, the area has been hit by troubled headlines in recent years. The City Council recently agreed to cut arts funding by £380k by 2022, a move ACE described as “deeply concerning”. Included in the package of cuts is a 35% reduction in council funding to Watershed and a 65% cut to Bristol Old Vic.

In addition, the fate of Bristol arts organisations Arnolfini and Situations has been up in the air after they were both dropped from ACE’s National Portfolio for the 2018-22 period.  https://www.artsprofessional.co.uk/news/arnolfini-protected-bristol-visu...

Responding to whether he was still as excited about Bristol’s potential in such a context, Penny stressed that culture in Bristol is “booming” and “isn’t necessarily restricted or indeed driven solely by the subsidised arts”.

“Bristol’s got a very diverse cultural scene – one that is shifting with the time. And that’s what I get excited about.”

He said it was unfortunate that Bristol was singled out for arts cuts, given every local authority has been forced to make savings. Recent research by AP found local authority culture budgets were down £48m in 5 years.

“I’m actually more excited than ever because the city is growing,” Penny added. “We’ve currently got a mayor who is absolutely championing inclusion and I think that for a resilient sustainable future city, places and arts organisations need to actively embrace inclusion as a network of place rather than individual institutions.

“Funding is part of the picture. It’s hard to make some things happen without funding, but funding in and of itself never makes things happen.”