Bristol ploughs ahead with arts cuts

Bristol Old Vic has lost 65% of its council funding but 13 arts organisations will receive core funding for the first time. 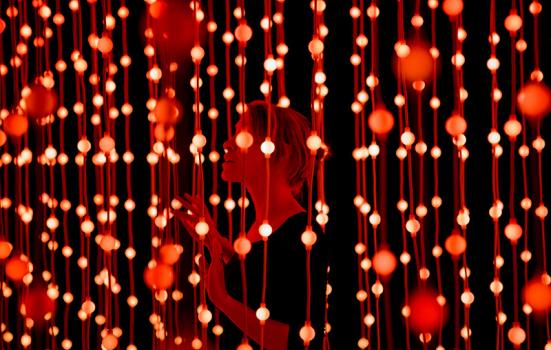 An installation at Watershed, Bristol, which faces a 35% cut
Photo:

Bristol City Council has approved cuts of varying severity to arts organisations including Watershed, the Royal West of England Academy and Bristol Old Vic, as it completely restructures arts funding in the city and introduces a £100k cap on annual arts funding.

The budget for the city’s largest arts organisations will shrink by £250k, of which Bristol Old Vic will shoulder a £189k cut – but there will also be a widening of the overall portfolio, with 13 local arts organisations receiving core funding for the first time.

Bristol Mayor Marvin Rees stressed the decisions aimed to do the “best possible job of making arts and culture accessible to all”, and were the result of “tough financial challenges” across the council.

“What we do to support arts and culture needs to be taken into context of other essential services and a balance must be struck in meeting our budget gap,” he said.

“I’m being challenged to find money for arts and I have. My challenge to the sector is to use the funding available to benefit as many people as possible, work with me and the cultural steering group to identify further opportunities and consider how, as a city, we can continue to support those in need and help communities realise their potential.”

Following a public consultation through the council’s Cultural Investment Programme, three new funds have been created to distribute funding. The first two, ‘Openness’ and ‘Imagination’, will distribute a collective £727k, offering core funding of four years and two years respectively. The third, ‘Originators’, will share £98k among arts organisations seeking project funding of up to £5k.

Only one of the 18 applicants to the Openness fund, Bristol Jazz & Blues, was not successful. The other applicants – which all currently receive council funding – will receive at least 15% less than they requested. The Old Vic will see its annual funding fall by 65%, from £289k to £100k, and Watershed will lose 35%, taking it down to an annual £68k.

There were 16 successful applications for Imagination, of which only three currently receive of council funding.

Both actors’ union Equity and Arts Council England have condemned the cuts.

The funding cap has been criticised by Stephen Spence, Equity’s Deputy for the General Secretary, who said the move was unexpected. “This cap was never part of discussions Equity had with Council representatives and if his administration imposes it Mayor Marvin Rees puts the very thing at risk he has called for, greater access to the arts across all parts of the City.”

A spokesperson for Arts Council England reaffirmed the funder was “concerned” about the impacts of cuts. “We have worked closely with Bristol City Council over many years to develop the cultural offer and we will, of course, continue to do so, but we are very clear that we won’t put investment in to cover the shortfall,” they said.

“It’s important that the implications and impact of these cuts on particular organisations, Bristol’s arts and culture, local neighbourhoods and the creative economy be fully understood.”