Arts Council England plans to boost Bristol and the South West’s international reputation for the visual arts with a new collaborative commissioning programme. 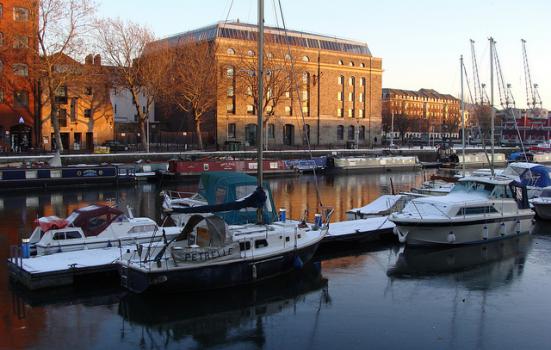 nicksarebi on Visualhunt / CC BY

The future of visual arts in Bristol has become a little clearer following the publication of a long-awaited review of support for the artform in the city.

The Arts Council England-commissioned document primarily details what should happen to millions of pounds previously allocated to gallery Arnolfini and arts producers Situations, both of which lost national portfolio funding for 2018-22. It also sets out ambitions to create an “international reputation” for the artform in the city, and increase audiences and collaborative working.

In response, Arts Council England (ACE) has committed to helping Arnolfini work towards a sustainable business model. It has also supported the review’s proposal for an annual or biennial arts event, and will create a collaborative commissioning programme for Bristol and the West of England in order to strengthen the area’s offer as a visual arts destination.

In July last year ACE announced it would ringfence £3.34m to achieve a “sustainable, long-term step change in visual arts in Bristol”. This was equivalent to the amount distributed via national portfolio funding to Arnolfini and Situations, which received £750k and £85k per year respectively from 2015-18.

Director of Henry Moore Foundation Godfrey Worsdale and Co-Director of Artangel James Lingwood were engaged to conduct a review of visual arts in the region, and consulted with arts organisations, artists and audiences, via meetings, group discussions and an open space event for 200 people.

Their review finds the city adds up to “less than the sum of its parts”, as it does not offer “a level of sustained activity of international quality that a city with this density of artists and this intensity of audience interest should enjoy”.

They note that recent funding decisions by ACE and Bristol City Council mean the reduction of public funding for the visual arts in Bristol will, by 2022, have continued for almost a decade and “threatens to become more severe”.

“If the downward spiral in public investment for the visual arts in Bristol continues over the next decade, then a sustainable step-change becomes a very challenging proposition,” they add.

The report’s recommendations centre on Arnolfini “fulfilling its potential” by taking advantage of the cultural cluster in which it is based and securing a different partnership with its leaseholder, the University of West England (UWE). The authors suggest the gallery’s current operational agreements are a “heavy weight”, which divert too much of its funding away from its visual arts programme.

The report calls for Arnolfini to develop a “robust business model” that can ensure its financial sustainability, and for this to be realistic and not prone to “over-optimism”.

ACE has committed £180k from the ringfenced £3.34m to help Arnolfini develop a new sustainable financial model and to commence negotiations with UWE on its lease.

The report also proposes the creation of a new fund for a co-ordinated city-wide visual arts programme, the ‘Bristol Project’, which would take inspiration from Glasgow International and Liverpool Biennale, and start either annually or once every two years from 2019.

It points to precedents in Bristol, including the In Between Time biennial and the Bristol and Bath Art Weekenders organised by Situations. It recommends ACE invite organisations and producers to submit proposals for the project, rather than set up a new organisation, and to prioritise organisations working together.

Welcoming the proposal, ACE said it plans to launch a ‘collaborative commissioning programme’, which will focus on “a broad spectrum of commission formats, locations, participants and audiences”.

In addition, ACE has acknowledged the need for additional resources to support artists and increase professional development opportunities and affordable workspace. It will also assess the possibility of creating a new “nationally and internationally significant” 21st century visual arts space if resources allow.

The launch of the review raised questions about a more formal link between Situations and Arnolfini, given Claire Doherty, the founding Director of Situations, became Director of Arnolfini in August 2017 – shortly after the announcement that neither organisation would be entering the national portfolio.

Speaking last October, South West-based curator and project manager Suzanne Heath told AP she thought a merger was possible and would have a two-way benefit.

The report does not mention formal links between the two organisations, but states there are “interesting precedents for institutional alliances”.

ACE will announce the specifics of investment, including the collaborative commissioning programme, and a timeline for distributing funds in September 2018.

Correction 09/04/2018: The article previously stated Godfrey Worsdale was still Director of Baltic. This has been corrected to reflect his role since 2015 as Director of Henry Moore Foundation.