Previously criticised as “too posh for pop”, Arts Council England has voiced support for genres including rock and hip-hop. 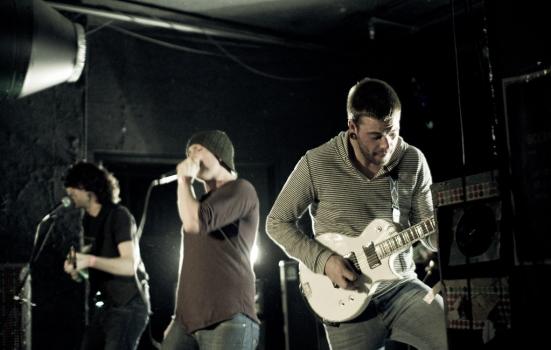 The money will come through ACE’s National Lottery Project Grants, and the funder will work with the Music Venue Trust (MVT) to help venues access it.

MVT, which has previously called for “cultural parity” between grassroots music and classical music forms such as opera, described the earmarked funding as a “significant step forward”. It said ACE’s support will ensure that “tangible improvements are made to the sound, lighting and facilities for both artists and audiences”.

MVT also announced growing support for its plans for a ‘Pipeline Investment Fund’, designed to feed some profits from the top of the live music industry back into the grassroots. Major actions agreed for the fund so far include:

The fund will be used for purposes including making improvements to infrastructure, acquiring the freehold of venues and supporting MVT’s ‘emergency response service’, which steps in to support venues facing noise complaints and licensing and planning issues.

The moves to support grassroots music follow a recent report from the DCMS Committee which highlighted the closure of music venues as a pressing challenge.

“Urgent action is needed if the live music industry is to continue to make a significant contribution to both the economy and cultural life of the country,” commented Damian Collins, Chair of the Committee.

And last year, ACE faced criticism from those who felt it prioritised classical music in its funding, with UK Music’s CEO Michael Dugher branding it “too posh for pop”.

“The current way taxpayers’ money is allocated is manifestly unjust and should be urgently reviewed to ensure all types of music are treated fairly,” said Dugher.

Commenting on ACE’s new funding commitment, Mark Davyd, CEO of MVT said: “This is obviously a huge day for grassroots music venues. The real support they need and have been crying out for has arrived. We want to ensure that venues across the UK are able to access the support they need to become real centres of excellence”.

Saying that labels, publishers and streaming services had a stake in grassroots venues as well as the live music industry, Davyd added: “When our grassroots music venues thrive, the whole industry benefits.”

Andrew Parsons, Managing Director of Ticketmaster UK, said his company would enable music fans to add a donation to MVT through its website, saying this would “give unparalleled visibility to MVT and the significant work they do to keep grassroots venues alive and well for us all”.

“All of today’s announcements are a huge step forward for grassroots venues – venues that are the beating heart of the music industry,” added Parsons. “Without them British talent doesn’t have a place to grow into the next Lewis Capaldi or Mabel.”

ACE’s CEO Darren Henley commented: “Grassroots music venues are essential both for our world-renowned music industry and communities across the country, and there needs to be a collective effort from both the public sector and music industry to support them. With this fund we’re ensuring that grassroots venues and promoters working in genres such as rock, pop and hip-hop have the support they need to create the best possible environment for artists and audiences.”