UK Music has accused England’s arts funder of being “too posh for pop” and called for an urgent review of the allocation of national portfolio funds. 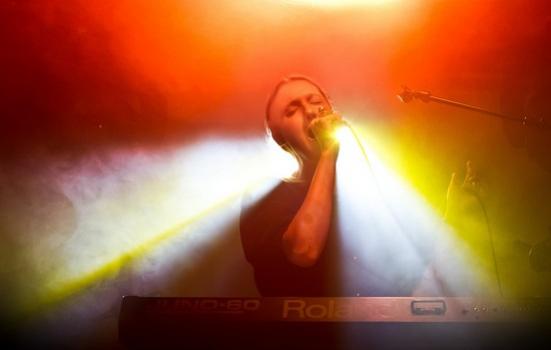 Skillah Of Vaasa on Visual hunt / CC BY

UK Music has launched a scathing attack on Arts Council England (ACE), branding it “too posh for pop” for apparently prioritising opera and classical styles of music through a key funding stream.

The umbrella body, which represents the interests of the UK’s commercial music industry, claims only 8% of the current national portfolio funding allocation for music goes to organisations focused on popular music, which stands in “stark comparison” to the 62% distributed to opera.

“Opera is a key part of our vibrant and diverse cultural scene in the UK and many of our members are classical musicians,” said Michael Dugher, CEO of UK Music. “But the current way taxpayers’ money is allocated is manifestly unjust and should be urgently reviewed to ensure all types of music are treated fairly.”

The comments sparked fierce debate about the distribution of funding and the role of advocacy bodies, with some commentators criticising UK Music for pitting musical genres against each other and others saying the arguments open an important debate about support for other forms of music.

Dugher continued: “It is indefensible that pop music gets just £1 for every £8 of taxpayers’ cash that is awarded by the Arts Council to opera under its National Portfolio. The Arts Council risks giving the impression that it is elitist and too posh for pop.

“Public funds should be used to broaden the appeal of the arts, particularly among the young, and make every aspect of our fantastic culture more inclusive.”

But the analysis has been criticised as limited in scope for focusing solely on one funding stream and only assessing funding outcomes.

Writing in AP, Mark Pemberton, Director of the Association of British Orchestras, stressed operating models across the genres were different. “Opera is expensive,” he wrote. “With big casts, a full orchestra and chorus, as well as behind-the-scenes staff, each production costs way more than it could ever recoup through the box office, especially when tickets can cost as little as a fiver.”

“It is this structural deficit that creates the need for Arts Council funding, to complement what an opera company can raise from tickets sales and donors.”

He also questioned why UK Music would seemingly pit some genres of music against each other at a time when public funding for music is “so under threat”, and considering UK Music’s members represent musicians, composers and publishers who work in opera.

“How much of the profits from the UK’s thriving music business get re-invested in opera and classical music? It’s peanuts,” he added.” “Let’s talk about re-balancing that investment, alongside discussing the fairness of Arts Council England priorities.”

Reacting to the news, the Music Venue Trust (MVT), which supports grassroots music venues (GMVs), stressed it does not wish to demean other artforms but instead seek “cultural parity” for smaller venues which are “vital cultural hubs”.

Political discourse across the UK has acknowledged the high closure rate of such venues and taken steps to tackle the onerous costs of complying with noise regulations that often fall on them.

“In the run up to the National Portfolio Organisation distribution round of 2017, MVT undertook three years of positive conversations with ACE,” wrote Mark Davyd, CEO, and Beverley Whitrick, Strategic Director of MVT. “The outcome was zero new money for GMVs.”

“Every argument for funding for opera or classical music applies with equal force to GMVs. Put simply, the economic model is not sustainable from ticket revenues. But the cultural activity that happens in these venues is vital to communities and the future success of British music. No GMVs; no Adele, Ed Sheeran, Stormzy or Coldplay.”

“Important cultural spaces are closing right now. That should concern anyone who cares about the cultural fabric of the UK, and we should all be demanding that ACE stop it.”

Is ACE too posh for pop? Read the views of music leaders.

We highlighted these same issues in the mid-90s when classical orchestral music and opera were getting a huge proportion of the funding, and by setting up the Main Music Agenda we managed to get a whole bunch of us promoters, venues and music organisations together to bring this out in the public domain - many of us lobbied and tried to bring about a rebalance. However things do not seem to have changed - may have in fact got worse. There is a very deep cultural prejudice within ACE and a strong feeling that western classical music is just much more superior and developed than jazz, popular music, world and folk music. They will deny this but it is their subconscious bias that wins every time when it comes to funding - they need to tackle this from within but it goes way up to Executive and Board level.

Is ACE too posh for pop? Music leaders have their say