Is ACE too posh for pop? Music leaders have their say

Representatives of Music Venue Trust and the Association of British Orchestras react to UK Music’s provocative call for opera funding to be redistributed. 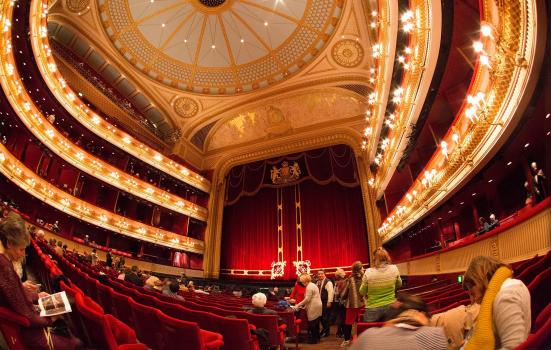 This week, UK Music chief Michael Dugher hit out at Arts Council England as being “too posh for pop”. The umbrella organisation conducted analysis of ACE’s national portfolio investment, revealing that just 8% of funding goes to popular music, while 62% is directed to opera. Dugher condemned this allocation of taxpayers’ money as “manifestly unjust” and called for an urgent review to ensure “all types of music are treated fairly”.

The bold directive split opinion and here leaders in the music sector – representing in turn orchestras and grassroots music venues – share their reactions.

Mark Pemberton, Director of the Association of British Orchestras

Here we go again. The prejudice that opera is posh and gets too much public money recurs with depressing frequency. And yet this accusation of elitism is outdated.

Is the answer to take money away from opera, with all the damage to jobs and national reputation that would cause?

Millions of people go to opera performances every year, not just in theatres but in cinemas, prisons, parks and schools. Our opera companies work with the homeless, with people with learning disabilities, and dementia sufferers. And they create thousands of jobs – for electricians, carpenters, seamstresses, tailors and wigmakers as well as singers and musicians.

Of course, so does pop music. UK Music does a fantastic job celebrating the success of Britain’s music industry, which grew by 6% in 2016 and contributed £4.4bn to the economy. So if it is so successful, why does pop music need government handouts?

I get that there are problems facing grassroots venues. But is the answer to take money away from opera, with all the damage to jobs and national reputation that would cause? In any case, not all government funding comes through Arts Council England, and there are other options that UK Music could explore. Business rates, creative or R&D tax reliefs, VAT on tickets – these could be more appropriate routes to fueling commercial growth through government support across all parts of the UK, than a subsidy system that funds not-for-profit organisations in England.

Opera is expensive. With big casts, a full orchestra and chorus, as well as behind-the-scenes staff, each production costs way more than it could ever recoup through the box office, especially when tickets can cost as little as a fiver.

It is this structural deficit that creates the need for Arts Council funding, to complement what an opera company can raise from tickets sales and donors. An investment of just 25% from public funds generates a return of 75% in private money. Unlike our foreign competitors, who often get up to 80% in government support.

And with Arts Council funding comes bureaucracy, from form-filling to the impending Quality Metrics. Is that really what UK Music wants to impose on up-and-coming rock and pop acts and grassroots venues?

UK Music “represents and promotes the interests of every part of the British music industry”. Surely that includes opera? Its membership includes unions representing musicians and composers, record labels, music publishers, licensing organisations and the live music industry. You’d have thought they would agree. Musicians’ Union members are the musicians in the pit. BASCA members are commissioned to write the operas, which MPA member publishers generate income from. BPI member labels earn money from opera recordings. And PRS and PPL earn revenue from venues through collective licensing. So why embark on a campaign to attack the public funding for opera, at a time when that funding is so under threat?

And let’s turn this on its head. How much of the profits from the UK’s thriving music business get re-invested in opera and classical music? It’s peanuts. Let’s talk about re-balancing that investment, alongside discussing the fairness of Arts Council England priorities.

Britain is great at music. And opera is part of that success. Let’s not sow division, but use our collective energies to argue the case for an appropriate mix of commercial income and government investment, to ensure a thriving music business across all genres.

Public funding for opera and classical music is important and Music Venue Trust (MVT) supports and appreciates the need for it to continue. But at MVT we seek cultural parity for the grassroots music venues (GMVs) we represent – vital cultural hubs where artists are nurtured, audiences developed, and cultural communities formed.

We have lost 35% of these venues in the past ten years, resulting in the loss of thousands of performance opportunities, hundreds of jobs and training opportunities, and cultural spaces important to communities across the UK.

In the run up to the National Portfolio Organisation (NPO) distribution round of 2017, MVT undertook three years of positive conversations with ACE. The outcome was zero new money for GMVs. 62% of NPO funding for music went to opera; 24% to classical music. Out of £367m available, £1m was distributed to three GMVs, all of them already part of the NPO family.

Justifications from ACE included: there weren’t many bids; bids weren’t good enough; there were other priorities. We understand the process is competitive, but this outcome is unacceptable.

Clearly, opera or classical music, or those three GMVs, are not responsible for this outcome, but ACE’s decisions will result in the closure of more venues. It is our duty to discuss the distribution of funding and highlight the outcomes of it.

Every argument for funding for opera or classical music applies with equal force to GMVs. Put simply, the economic model is not sustainable from ticket revenues. But the cultural activity that happens in these venues is vital to communities and the future success of British music. No GMVs; no Adele, Ed Sheeran, Stormzy or Coldplay.

The concept that presenting artists at the earliest stages of their careers is a commercial activity does not stand up. GMVs provide performance space to the artists nobody wants to see yet. And once those artists have created their audience, no benefit returns to the venues that helped create their careers. GMVs are simply not part of the commercial music industry.

This is happening across the world. But other European countries are taking action. The average public subsidy of this type of music venue across Europe is 35% of gross income; in the UK it’s 0%.

In 2017, MVT submitted a £500k bid to ACE for capital funding on behalf of ten GMVs. The infrastructure improvements would have made each venue more economically sustainable. ACE rejected the bid citing ‘other priorities’. And now ACE has closed its capital funding stream to anyone except NPOs. As our grassroots circuit decays, ACE chose to directly exclude GMVs from the support they need to stop it.

We do not wish there to be conflict with existing funding recipients but, while GMVs are closing, there is a deafening silence from the existing key stakeholders of ACE funding. In this heated debate, we have heard a lot about how we, and the venues we represent, are creating an ‘us and them’ situation. But this attitude is equally expressed by key stakeholders allowing the current funding distribution to fail GMVs. We either stand together or we fall together.

We don’t believe this is a debate about classical versus ‘pop’. It’s not a debate about which music is commercial; Pavarotti has had more hits than Godspeed You Black Emperor. Important cultural spaces are closing right now. That should concern anyone who cares about the cultural fabric of the UK, and we should all be demanding that ACE stop it.

With a music world so varied this spending on opera is wholly indefensible.

Orchestras on the rebound
‘Aftershock’ – orchestras preparing for an uncertain future
Falling between the cracks
Is ACE too posh for pop? Music leaders have their say