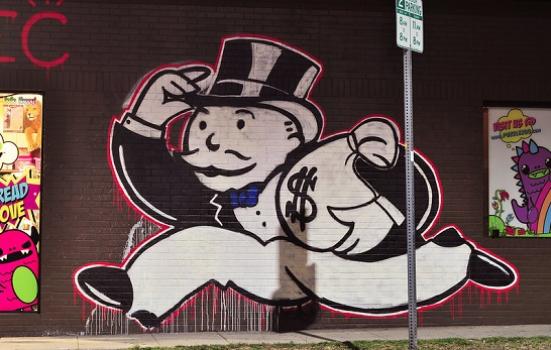 "Our priority going forward will be to ensure that as many members as possible can access the scheme"
Photo:

The Government will pay the lesser of £2500 a month or 80% of average earnings over the past three years to self-employed people whose incomes have been decimated by the coronavirus lockdown. The scheme is open to anyone who makes the majority of their income from freelance work, has trading profits of up to £50,000 and can provide a tax return for 2019.

The financial package is a major victory for the creative and cultural sectors, which have lobbied hard for freelancers over the past week.

But there are shortcomings: the Creative Industries Federation (CIF), a vocal adovcate for measures to support the self-employed, said "it is vital that they are implemented as a matter of urgency, and certainly much quicker than the proposed timeline of June - two months later than those on payroll".

Sunak said the scheme will cover 95% of self-employed workers. Recent graduates, short-term contractors, those paid by dividends and individuals who became self-employed after April 2019 may not be covered, CIF says.

"We are seeking urgent clarity for those creative workers who may be most in need and fall between these schemes."

Other sector organisations echoed CIF's sentiments, welcoming the much-needed assistance while expressing concern about those who might be left out. "Our priority going forward will be to ensure that as many members as possible can access the scheme," Equity General Secretary Christine Payne said.

UK Music Acting CEO Tom Kiehl said nearly three-quarters (72%) of the music industry workforce is self employed. Many musicians and sound engineers "have seen their work dry up and need support fast," he said.

"People are in desperate need with bills to pay. They need financial support now and cannot wait until June for the scheme to kick in."

The Musicians' Union reports 90% of its members have collectively lost £20m income since the start of the coronavirus crisis, while Incorporated Society of Musicians (ISM) Chief Executive Deborah Annets said 99% of freelance musicians who responded to a rapid response poll on Thursday had lost a significant proportion of their income this week alone.

Other concerns cited by ISM members were the long-term impact of Covid-19 on the sector, mental health amid an enforced loss of social contact and vulnerable partners who cannot work, leaving them as the household breadwinner.

Arts Council England (ACE) has also come under fire from freelance artists who say the funder's £160m bailout "appears to be removing future support at the expense of temporary financial relief".

On Tuesday, ACE said it was drawing on its reserves and reallocating Lottery funding for 2021 to the emergency fund, £20m of which is earmarked to provide grants of up to £2500 to individual artists.

An open letter from more than 500 freelance creatives says that £20m "will only fund 8000 artists and this is at the expense of losing all other funding stream[s] accessible to indivudals until 2021".

"A [funded] project will often continue in one form or another and in investment for at least two to five years. The inability to develop new and previous work and plan to tour existing work until 2021 will directly impact artists to come."

Freelance arts professional and former ACE Director of Engagement and Audiences Phil Cave says the coronavirus crisis "is no reason to stall innovation or to stop having creative ideas and find new partners - quite the reverse".

"I’ve seen creative people buzzing with ideas and making new contacts. Will the funding still be there to develop these ideas? Are the sums being considered actually big enough to make a significant difference for those larger organisations that are losing thousands each day?"

The funder said its resources are limited: "we've had to make some difficult choices," a spokesperson said.

"We want to do what’s best to support the cultural ecology as a whole, and ensure specific groups, such as disabled artists, are not unfairly disadvantaged."

While project grants have been suspended, ACE says they may be reopened later this year.

It is yet to allocate £57m worth of project grants funding for 2020/21: "our intention would be to use it for project grants unless these new and unpredictable circumstances dictated otherwise."

It's average profits, which isn't really the same as average earnings...