Vaccine passports 'not sustainable' in Wales

A month after implementation, venues say Covid passes have had the opposite effect on audience confidence than the policy intended. 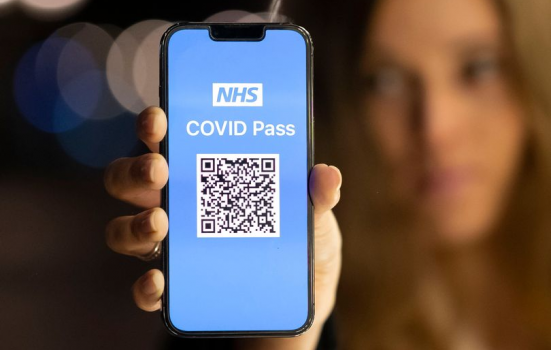 Vaccine passports are "a kick in the balls" for Welsh venues and "not sustainable" without further funding.

Theatres, arts centres and cinemas say the Covid pass, mandatory since November 15, has had the opposite effect on audience confidence than intended, giving the impression cultural spaces are somehow less safe than pubs and restaurants.

The impact of the policy has varied and data is hard to come by at this early stage, but anecdotally advance bookings have declined, spontaneous attendances have died off, and more people are asking for refunds or failing to show.

"There was quite a lot of anti Covid pass [sentiment] that was aimed at theatres, which was difficult because it's not the theatres' fault," Louise Miles-Payne, Director of development organisation Creu Cymru, said.

"But the main complaint has been around staffing."

Venues told ArtsProfessional there appears to be a shortage of front of house and box office workers in the sector. With many operating on reduced staffing already, extra administration around the Covid pass has taxed resources.

Whilst England's has already been awarded, there is no sign yet of a third round of the Culture Recovery Fund in Wales.

Some local authorities have banned school visits, reducing pantos from "full houses down to bare minimum", and venues we spoke to said they've earned just a week's worth of revenue in the past month.

It is perhaps a cautionary tale for England as it passes its Plan B for winter into law.

One venue said it was making half of its pre-pandemic earnings before certification.

"Before the Covid pass was introduced we were already going further than what was asked of us. It's a real kick in the balls at what is such a fragile time."

Many venues have kept social distancing for at least some performances out of a desire to be socially responsible.

"Everything we do here is bilingual so every change to our website or our comms is in two languages," Tamsin Davies, Head of Marketing at Theatr Mwldan, said.

"There's such fatigue around anything we put out now; you can feel people's eyes roll. It's a difficult enough task for us to keep up with [the changes], let alone your average person on the street."

Davies, stressing Mwldan's support for Covid safety measure, said there is "an awful lot of things for our staff to check on the door" - Wales' Covid pass also requires valid ID.

It also doesn't have dedicated app, only a webpage. Venues reported issues with it scanning incorrectly and with broadband connectivity - not to mention that 13% of Welsh households don't have internet access.

"I think the Government thought because we already ticket that it would be quick, but it's not," Miles-Payne at Creu Cymru said.

Galeri Caernarfon Marketing Director Steffan Thomas said the venue has had to turn away people who weren't aware they needed a pass, whilst others have been "overwhelmed" by phone calls and emails about the requirements.

No evidence, no consultation

Venues told us they were not consulted on vaccine passports and that their pleas for evidence of its effect on Covid transmission have gone unanswered.

Although they supported Covid safety measures, the financial burden of certification - and the lack of parity across sectors - was hard to bear.

Thomas said "the main issue is the lack of communication from Welsh Government. They seem to think creating a poster for venues to download is enough".

Lloyd said clearer messaging, for example around the option to present a negative lateral flow test, "could have been in there from the go".

"Audiences could have been brought with us, educated... If you're going to build that confidence, it has to be consistent and sustained over a period of time and it wasn't."

"It's deeply frustrating and regrettable, the way it has been implemented."

A Welsh Government spokesperson said there was no consultation but that a group of stakeholders were "informed of plans and decisions" around extending the Covid pass to theatres and cinemas.

These venues were chosen because they are indoors and involve large numbers of people congregating closely together, the spokesperson added.