Vaccine passports cause drop in attendance

DCMS reportedly believes certification would drive live events attendees to pubs and “dire consequences” are predicted if the scheme continues in Scotland. 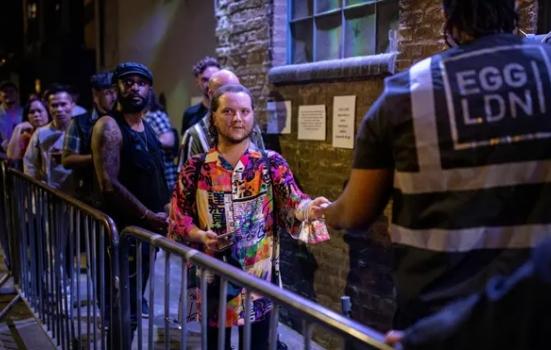 A shortage of security staff has plagued implementation in Scotland
Photo:

The introduction of vaccine passports in Scotland is proving a nightmare for venues, a new survey suggests.

Figures published by the Night Time Industries Association (NTIA) show the number of people visiting nightclubs has dropped by almost half, with some NTIA members reporting a decline of more than 60% since the policy came into effect.

It says the negative impact on Scotland’s cultural scene is escalating rapidly and claims shows are being cancelled due to falling attendance.

Earlier this week, The Telegraph reported an internal analysis of England’s Covid-19 Plan B written by DCMS says the policy could simply redirect live events attendees to less well-ventilated pubs.

And Politico said the Cabinet Office and Treasury calculated Plan B, which includes widespread working from home, could cost the economy £18bn by March 2022.

If the scheme continues in Scotland, nightclubs fear an annual loss of £506,000 per venue compared to pre-vaccine passport trade levels. Additional staffing and equipment could cost venues a total of £31,200, NTIA estimates.

"It has taken just one week for our concerns around market distortion, unfair competition, discrimination, and the severe economic impact to be proven true,” said Gavin Stevenson, spokesman for NTIA Scotland.

“It is utterly bewildering that the Scottish government has completely ignored the warnings from sectoral experts as to the dire consequences of this scheme."

The survey of 100 businesses found 90% of pubs and bars offering late night entertainment closed earlier, banned dancing or cancelled live entertainment to avoid the passport scheme - all at significant financial loss. The survey also showed a 24% loss in trade for pubs and bars.

"We’re calling on the Scottish government to scrap this flawed scheme and work with our sector to explore alternatives that are workable and allow businesses to remain viable,” Stevenson said.

Aspects of the rollout would be “impractical” and “potentially dangerous”, he added.

“Across the country, music venues and events already have tried, tested and workable systems in place to ensure that live events continue to be safe.”

The survey also showed 55% of those questioned thought cultural organisations could be doing more to make venues Covid-19 safe:

“While people's sense of wellbeing continues to slowly improve, the same audiences' concern about falling ill with Covid-19 is growing, and most expect further lockdowns both this year and next.”

The Scottish Government says the certification has been operating well and is a proportional response to managing Covid-19 over winter.

“Vaccine certification means many businesses will not have to close and can continue to trade whilst making necessary adjustments to ensure their premises are as safe as possible for staff and customers,” a Government spokesperson said.

Covid-19 certification could yet be adopted in England, though no final decisions have been taken.

Arts Council England is advising DCMS on the cultural sector’s needs and how different safety measures might affect artists and cultural organisations.

"We know the situation with Covid-19 can change rapidly, and a variety of measures are being discussed to keep the public safe while minimising disruption,” the arts council said.