£107m Culture Recovery Fund round to sustain sector over winter

925 organisations will share the latest round of grants from the £2bn fund - 873 of them for a second or third time. 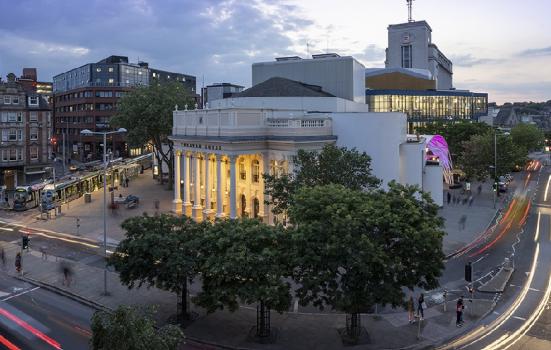 The third round of the Culture Recovery Fund will "protect jobs by saving the future of important arts and cultural organisations" over winter.

The DCMS announced £107m in awards from the £300m pot today (November 19), bringing the total to be distributed via the flagship fund to nearly £2bn.

Altogether, 873 awardees are receiving support for the second or third time. This latest round was split into two strands: continuity support for previously successful applicants and emergency resource support, which was worth £6.5m to 57 organisations at risk of imminent financial failure.

That means more than £100m of the £107m will go to organisations that have already been buoyed by the fund, indicating ongoing financial insecurity in the sector. Just 44 organisations are receiving Culture Recovery Fund (CRF) money for the first time.

The emergency resource support strand will reopen this winter to continue distributing the remaining £111.5m in the CRF (about £97.5m will be reserved for contingency, administration and smaller funds).

"This will give more applicants at imminent risk of financial failure an opportunity to bid for support," DCMS says.

Recipients welcomed the funding and the assurance it offers: "Without it, the work done to navigate the first 18 months of the pandemic would have been severely jeopardised and the viability of Ex Cathedra thrown into grave doubt," General Manager Peter Trethewey said.

Peter Ireson, Venue Director at the Theatre Royal and Royal Concert Hall (TRCH) in Nottingham, said its £682,000 award would help it remain viable until programming and audience numbers can be rebuilt fully.

"It is undeniable that TRCH is still operating in an extremely challenging and uncertain environment."

The latest funding round brings the number of arts, cultural and heritage organisations in receipt of CRF support to nearly 6,000.

"It’s a massive vote of confidence in the role our cultural organisations play in helping us all to lead happier lives."

The largest grant of £1.28m goes to Leeds Grand Theatre and Opera House, which has already received £1.54m from the CRF.

Other recipients of large awards also won extra support: English National Ballet will get £1.1m this round, bringing its total CRF funding to more than £4m, and Marlowe Theatre in Canterbury will be given another £1m after a £3m second round grant.

More than 120 theatres across the country will share £30m as panto season approaches, a development the Theatres Trust welcomed as "the difference between survival and closure for some".

Cinemas were also well represented, with 62 receiving awards worth a total of £6m. Some chains received grants to support multiple venues; for example Merlin Cinema, which won £482,809 for 14 venues.

"While the recent months have seen many positive signs of recovery for the UK cinema sector, we know that there is still some way to go before the future is truly secure, and that some venues particularly impacted by lockdown and other restrictions will need additional help."

Unsurprisingly, the biggest cut of funding went to organisations in London, which received about 30% of the round.

London and the South West had the highest numbers of emergency support grants, indicating greater financial instability in those regions.

Between 100 and 130 applicants applicants succeeded in the North West, South East and South West of England. The East Midlands and North East had just 52 and 33 awardees respectively, compared to about 290 in London.

Ninety-three of the 925 awards went to organisations in one of ACE's priority places.

While the list is used to guide the council's investment rather than DCMS', a total of £10.75m will be awarded in those areas.

Culture Secretary Nadine Dorries said: "Culture is for everyone and should therefore be accessible to everyone, no matter who they are and where they’re from."