Too little, too late: MPs slam 'consistent failures’ to save the sector

A scathing new report says the Government’s inadequate response to the threat posed by Covid-19 risks undermining its own ‘levelling up’ goals and reversing decades of progress. 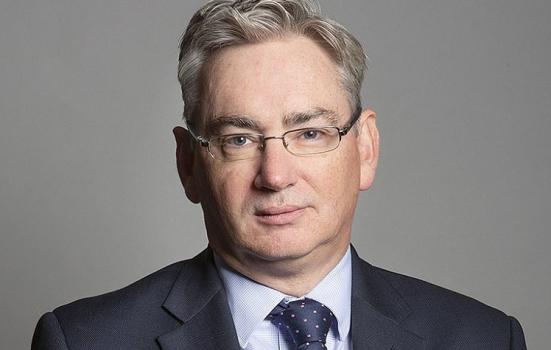 DCMS Committee Chair Julian Knight says the cultural sector has been treated as a "Cinderella" when it needs further support
Photo:

Support for the arts has been too little and too late, failing to address the “existential threat” that Covid-19 presents to innumerable businesses and workers.

A new report by the DCMS Committee that reached these conclusions also calls for a new sector deal to extend and improve income support for freelancers, introduce new tax relief measures for organisations and provide clearer timeframes for reopening venues – all before the end of October.

DCMS Committee Chair Julian Knight said the sector has been “treated as a ‘Cinderella’ by the Government when it comes to spending” despite its economic contributions: “the failure of the Government to act quickly has jeopardised the future of institutions that are part of our national life and the livelihoods of those who work for them.”

The department disagreed with the committee: "We have worked with urgency, day-in-day-out since the start of the pandemic in providing support for our sectors and on plans to reopen them safely," a spokesperson said.

"Our £1.57 bn investment is the largest ever one-off cash injection into culture in this country. We have also worked with our arms length bodies on additional emergency packages and provided billions in support to charities to help those most in need."

But MPs behind the report pulled few punches about the Government’s efforts to safeguard the sector.

“Since lockdown began, we and many others in the cultural sector have been warning DCMS about the challenges of resuming live performance. The £1.57 billion of support from Government will only tide the cultural sector over for so long and will not be sufficient to compensate for a loss of the Christmas season.

“It is also regrettable that it took so long for the package to be announced, as the uncertainty inevitably led to closures and redundancies in the cultural sector that might otherwise have been avoided.”

They also criticised the Government’s Cultural Renewal Taskforce, saying it “has been slow to demonstrate meaningful progress” and was established so late in the lockdown that months of critical planning time was lost.

“While considerable effort has been made to resume professional football, the Government’s roadmap for when theatres will reopen has been vague and slow-coming.

“Telling venues they can reopen with just a few days’ or weeks’ notice does not address the lead times for performance, the challenges of social distancing or the concerns about audience behaviours,” the report said.

New income support schemes must take effect by October, the report said. Support for the self-employed “should be urgently reviewed and amended so that it covers people who have been excluded to date”.

MPs believe key political figures are missing the point when it comes to supporting the creative industries through the lockdown, the report indicates.

It says Culture Secretary Oliver Dowden told the Committee that he had commissioned DCMS officials to establish what parts of the sector the Government “really have to support”.

“However, this risks missing the highly interconnected nature of the creative industries, including the prevalence of co-productions and the fact that supply chains and artists often work across sector.”

The report also notes that Dowden and DCMS Ministers have been unable to provide concrete figures for how many sector workers have not been covered by Government’s employment support measures, “despite our repeated requests”.

Minister for Digital and Culture Caroline Dinenage told MPs earlier this month the best way to support freelancers was to get institutions back up and running.

“This ambition is directly undermined by the Government’s own restrictions around reopening,” MPs said.

The report offers a bleak assessment of the cultural sector’s future, noting many organisations are reliant on ticket sales and won’t survive financially under social distancing regulations.

Arts Council England, which received nearly 14,000 applications for emergency funding, told the Committee that it does not have the resources to support individuals and organisations through an extended lockdown, “nor the ability to support the costs of reopening under changed circumstances”. Having already drawn on its reserves, there are concerns the council will have “depleted capacity” to provide future funding.

“The Covid-19 crisis presents the biggest threat to the UK’s cultural infrastructure, institutions and workforce in a generation. The loss of performing arts institutions, and the vital work they do in communities by spreading the health and education benefits of cultural engagement, would undermine the aims of the Government’s ‘levelling up’ agenda and Arts Council England’s next 10-year strategy, and reverse decades of progress in cultural provision and diversity and inclusion that we cannot afford to lose.”

DCMS said "thousands of organisations and hundreds of thousands of jobs" working across culture, the arts, sport and tourism have been saved by furloughing and loan schemes.

A fuller response to the committee's report will be made in due course, the department said.