Cultural venues exempt from VAT will gain nothing from new rules meant to benefit the sector, while commercial operators will be significantly better off. 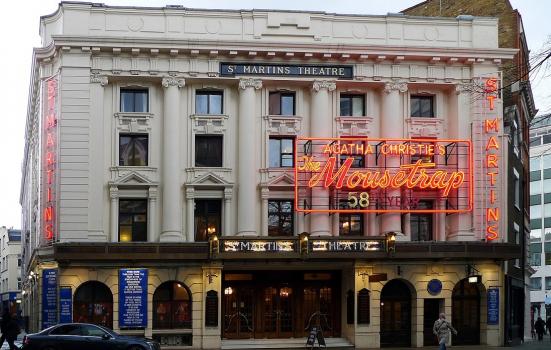 Reducing VAT to 5% for tickets to cultural venues, museums and visitor attractions will not only fail to save some venues any money, but introduce further complexity, competition, and cost into an already complex system.

Chancellor Rishi Sunak’s announcement last week that VAT on entry fees and tickets will be cut from 20% to 5% for the next six months has raised customers’ expectations of discounted tickets.

The policy, part of a suite of measures aimed at kickstarting the economy, aims to boost consumer demand for culture and leisure at a time when customers are still wary of returning.

But not all venues and attractions are set to benefit – and some will be out of pocket if they discount tickets and entry fees.

Under normal circumstances, many non-profit cultural venues, including local authority venues, benefit from the price of admission being exempt from VAT.

But at the discounted VAT rate, commercial operators are likely to end up better off than some non-profits.

The way the exemption is calculated means there will be no benefit at all for culturally exempt organisations, while producers and commercial venues are set to gain – and to share that gain through discounts if they choose.

“It will also be more profitable for visiting producers to tour to non-exempt venues, which will be in a position either to attract more attenders with discounted prices, or rebuild their reserves from retained income.

“This could mean non-profit venues having to compete on price to sell tickets, and being at a disadvantage in negotiations with producers.

“Also, the reduced rate only applies until 12 January 2021. For museums, galleries and similar attractions that are not VAT exempt and have now opened their doors, this will provide a welcome financial boost. But it is unlikely that many theatres will be staging productions much before we return to the 20% rate.

“For them, the principal benefit will be on advance ticket sales, as the reduced rate will apply even if the performance takes place later. But it will mean more complexity as ticket agencies will have to adapt their systems to cope with exemption plus 20% and 5% VAT rates, with a combination of the latter two on the same show.”

He told ArtsProfessional that venues don’t yet know how this will affect their finances, “especially now with one rate for certain sales, another for other sales, and still a single rate on expenditure regardless of the rate applicable to their income”.

“I can well imagine a theatre manager sitting there, trying to deal with the effects and issues created by the pandemic; keep up with the Government’s regular changes in the financial provisions around employment, or not, of staff; make applications for emergency funding from Arts Council England or elsewhere; stare into the future to try and guess when they may possibly reopen; calculate the psychological impact on their audiences [and] maintain some sort of sanity.

“Then, out of nowhere, … a change in VAT with complex implications – certainly different from venue to venue – that has been introduced with almost no advance warning.”

Sanderson said clarifications to the VAT policy are being made even now.

“This [is] a sort of VAT lottery – except no one is quite sure yet who are the winners and who are the losers.”

The Chancellor’s announcement has created other dilemmas for the sector.

"Evidence from audience surveys suggests that price isn’t the main obstacle to people buying tickets, and when price isn't the problem, reducing prices is unlikely to be the solution,” Cantrill-Fenwick said.

He said discounts have to be “motivating” to shift consumers’ behaviour.

“For organisations that do reduce their face value prices, the challenge of putting prices back up to their old levels in the middle of winter shouldn’t be underestimated.

“Culturally exempt organisations should consider promoting the fact that there is 0% VAT on their tickets, to head off expectations from regular bookers that prices could have been lowered."

With thanks to Kevin Cresswell for VAT analysis and calculations.