Ministerial taskforce to discuss reopening, but not funding

Culture Secretary Oliver Dowden is asking senior representatives across the DCMS portfolio to find “creative ways to get these sectors up and running again”, but there is no talk of a cash injection to secure their future. 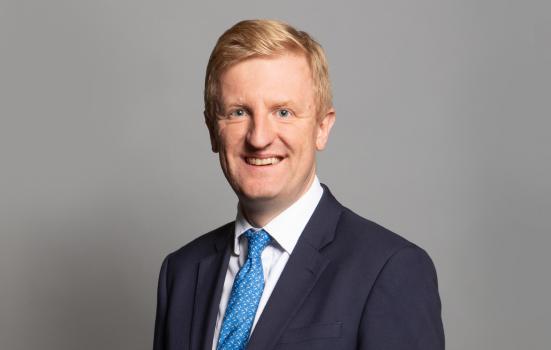 A Cultural Renewal Taskforce to be chaired by Culture Secretary Oliver Dowden has been set up to develop a blueprint for how and when closed cultural and leisure businesses and venues can reopen safely.

The ‘recreation and leisure’ taskforce – one of five being established across government departments – will cover tourism, culture and heritage, libraries, entertainment and sport, and is seen as a vehicle for “providing key sector stakeholders direct access to ministers”.

The group will meet weekly starting Friday 22nd May and will be supported by eight working groups chaired by other DCMS Ministers, each focusing on different areas of the DCMS portfolio.

The main focus of the taskforce will be on developing new Covid-19 secure guidelines, including:

Members of the group, described as “some of the brightest and best from the cultural, sporting and tech worlds”, will be contributing their expertise. Those from the cultural sector have experience of leading some of England’s major arts institutions, including Tamara Rojo, Artistic Director of English National Ballet; Sir Nicholas Serota, Arts Council England Chair and former Director of Tate; and Mark Cornell, CEO of international theatre organisation Ambassador Theatre Group, which is currently under fire from customers for its ticket refund practices.

Technology champion Baroness Lane-Fox of Soho was previously on the board of the Donmar Warehouse; and Neil Mendoza, Provost of Oriel College, Oxford, led the Mendoza Review of Museums in England in 2017. Mendoza has also been appointed as Commissioner for Cultural Recovery and Renewal to support the sector’s recovery from pandemic.

Other taskforce members are sports Broadcaster Alex Scott, former England international and Arsenal footballer; Edward Mellors of Mellors Group Events; and TV executive Lord Grade of Yarmouth. A representative from the tourism sector is yet to be appointed.

Announcing the taskforce, the Culture Secretary said: “We are determined to do all we can to help our sectors that are such an incredible part of British life in their recovery”. He sees the taskforce as being “instrumental in identifying creative ways to get these sectors up and running again”.

No cash on the table

But despite the financial abyss facing many arts and other organisations in the cultural and creative industries, Dowden gave no hint of a cash injection being made to avoid the likely scenario of widespread and permanent closures of many organisations large and small.

Instead, the taskforce is being asked to “see how creative new approaches could help sectors thrive in future, building on existing channels of government support, like the Coronavirus Jobs Retention Scheme, Retail, Hospitality and Leisure Grants, the 12-month business rates holiday, and the £200m of emergency public funding through the Arts Council, Historic England and National Lottery Heritage Fund.”

Given that Arts Council England’s National Portfolio Organisations alone could be facing income losses totalling as much as £1 billion this year, and surveys suggest that audiences around the world will be reluctant to risk attending large group events even if venues were to reopen, it is unclear how the measures under discussion will be sufficient to save the sector from collapse.

Neither is there any suggestion that any financial measures will be brought in to support the hundreds of thousands of vulnerable small organisations, micro businesses and freelance workers who are at risk from the collapse of the sector. They will be relying on the taskforce to represent their views.

Some research suggests that arts attenders may be happier returning to local venues than major institutions and Holly Lombardo, Director of the National Rural Touring Forum (NRTF), is hopeful that small and flexible touring companies and venues could be among the first to reopen. She told AP: “NRTF is feeding into Arts Council England regularly on the needs of our sector. So far they have been great champions for the arts in crisis and rural creative organisations. Last year Nick Serota visited NRTF and our carbon neutral office in a rural location. I have talked with him at length about our sector so I trust he has a good understanding of our needs.”

Others are less positive. Dr Jonathan Clinch took to Twitter to describe the omission of a music specialist from the taskforce as "shameful", and John Carroll tweeted: "Britain leads the world in both classical and popular music. Our musicians earn countless millions for the UK economy. It is intrinsically international. It is being crippled by Brexit and the virus. So why no musicians on your committee?"

Whilst welcoming Government attention to the renewal of the cultural sector, Jo Stevens MP, Labour’s Shadow Digital, Culture, Media & Sports Secretary, is sceptical about the potential value of the taskforce.

She said: “…an advisory taskforce is no substitute for financial support for our cultural and creative industries and thousands of talented individuals across the sector have been left to face this crisis alone and without access to financial support schemes.

“Unless this is addressed urgently and the Government finally listens to our calls and those from across the sector, it risks an exodus of skills making a plan for renewal even more difficult to deliver.”