Consulting communities is not the same as allowing them to make decisions, attendees at the recent Theatres Trust conference heard. 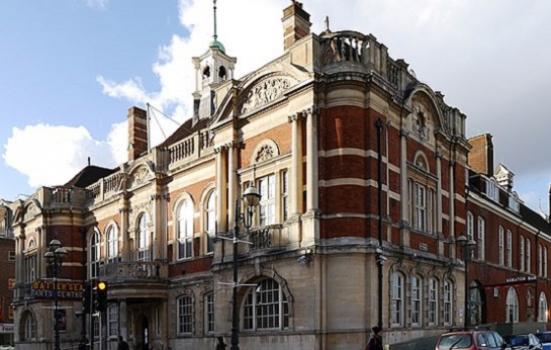 Theatres need to “lose control” of decision-making to communities rather than simply consulting them, attendees at a recent conference heard.

Speakers at the Theatres Trust’s 2019 conference Centre Stage said that informed decision-making from communities on how arts spaces are designed and used will make these organisations more relevant and confer a sense of belonging on buildings that oftentimes appear uninviting or elitist.

About 250 theatre managers, architects and cultural sector workers gathered on Tuesday at London’s Battersea Arts Centre, where Deputy CEO Rebecca Holt explained how a devastating fire in 2015 brought the organisation’s democratic mandate into clearer focus as it rebuilt.

“Very quickly this sense of new purpose took hold because we saw people standing outside; we had thousands of messages of support,” said Holt. “It felt important that we didn’t batten down the hatches and lock everyone out.”

But several speakers noted that consulting communities during redevelopment processes isn’t the same as taking their ideas seriously. “How much do we actually act upon what we are told?”, Liam Evans-Ford, Executive Director of Theatr Clywd, asked.

Martin Lydon of Haworth Tompkins architects, which designed the new Battersea Arts Centre, said the challenge was for creative professionals to relinquish “creative authorship” to locals, using their expertise to facilitate a more democratic design process.

Rather than presenting designs to communities, his team allowed locals to design non-structural elements of the space themselves.

“In some spaces it’s like, what did we actually do in here? But we enabled and allowed other people to come in here and finish the building,” Lydon said.

“I think as an architect working in theatre you need to be more of a conductor than a composer.”

Southbank Centre Creative Director Madani Younis questioned whether theatres are up to the task. “The way in which culture has perceived of itself and its role in society needs to be questioned and re-questioned right now,” he said.

Referring to the recent redevelopment of the Southbank Centre, Younis said that “in hindsight … we should have invited the community to be much more present in the decision-making process” instead of deferring to the Board of Trustees.

“The most democratic thing I can do is to lose control,” he said.

“We have to allow ourselves to be infected by the [democratic] process in a more open way. If the last 20 years have taught us anything, it’s not an HR policy or an Arts Council England policy that is going to change things.