A £1m fundraising campaign and two years of support from insurers will allow the Centre to begin reconstruction on the Grand Hall after it was damaged by fire last year. 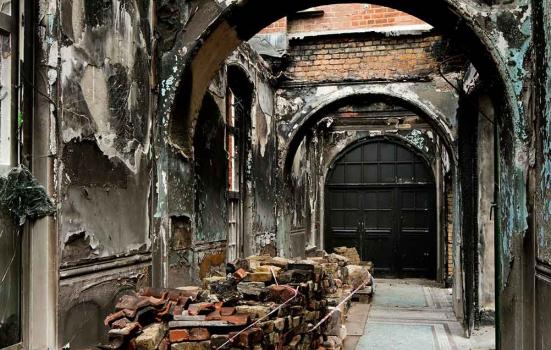 Battersea Art Centre (BAC) has been granted planning permission by Wandsworth Borough Council to begin work on the reconstruction of its Grade II listed Grand Hall, which was severely damaged by fire in March 2015.

Work will begin this summer, supported by £966k raised through BAC’s giving campaign ‘The Phoenix Fund’ and from insurers Aviva, who have cleared the Centre for a pay-out even though an investigation into the cause of the fire was inconclusive.

The re-construction, coordinated by architects Haworth Tompkins, will see surviving elements of the Grand Hall retained and improvements made to allow for a wider range of events, such as weddings, concerts and conferences. The damaged Lower Hall will be returned to its pre-fire condition and is set to become a ‘Creative Hub’ for early-stage businesses.

The Centre was fully insured against damage by fire and Aviva will meet the cost of rebuilding the Grand Hall and internal components. This includes a new timber lattice ceiling, demountable side galleries, a technical gallery at high level, and the relocation of the organ to the balcony.

In addition, the insurers will cover the loss of technical equipment and three-quarters of annual loss of income until the end of the 16/17 financial year.

A feasibility study conducted in May 2015 with stakeholders including Historic England and the Heritage Lottery Fund has informed the plans for refurbishment, but the overall cost will be determined in coming months following tendering exercises to appoint a contractor team.

BAC said the organisation is likely to feel the impact of the fire for a minimum of four years, so further fundraising will be required over coming years. 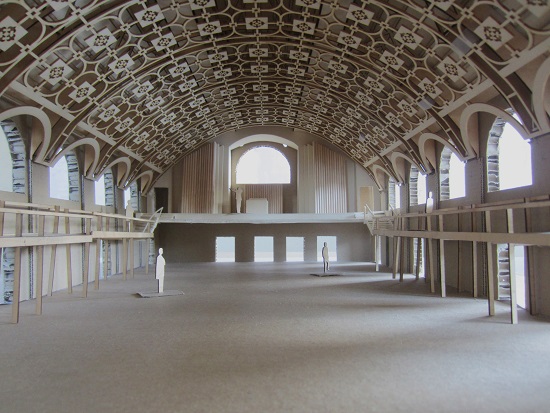 Although the front of the building re-opened 26 hours after the blaze, BAC said upper parts of the Grand Hall were “largely destroyed” and there was “considerable damage” to low level fabric, finishes and fittings. Elements of the rest of the building were damaged by smoke, such as the Octagonal Hall and Grand Hall Bar, and other areas suffered “significant” damage from water used to put out the flames and due to “unavoidable exposure to the elements”.

BAC’s fundraising campaign - The Phoenix Fund - has raised £966k to date, through donations from government, individuals, trusts and foundations and businesses. Its success was recognised at this year’s Emcees Arts and Culture Awards for Excellence in Fundraising, where BAC was awarded the prize for Best Individual Giving Campaign.

£84k came from donations via the National Funding Scheme’s ‘Donate’ platform, and a further £56k was from individuals through the website and “other channels”.

In addition, Chancellor George Osborne pledged £1m to the organisation in March 2015 to be provided in equal parts by the Treasury and the DCMS, and administered by Arts Council England. £500k was used for the final phase of redevelopment plans with Haworth Tompkins – due to be completed in 2016 – and the other £500k was donated to the Phoenix Fund.

David Jubb, Battersea Arts Centre Artistic Director, said: “People’s response to the fire was very moving; everyone involved with Battersea Arts Centre was touched by the breadth and depth of people’s kindness. As we rebuild the Grand Hall we will use up to 10,000 of the bricks from the original building. The salvage operation and the redesign work has been a huge labour of love.”

A BAC spokesperson added: “We are determined that the fiscal challenges of the coming years will not hinder our ambitions as an organisation, or negatively impact the people we serve: artists, audiences, young people, our community, and more.”