New research shows 70% of visitors to Surrey arts venues would not have come into town - and spent an extra £40 on average - if it weren't for those institutions. 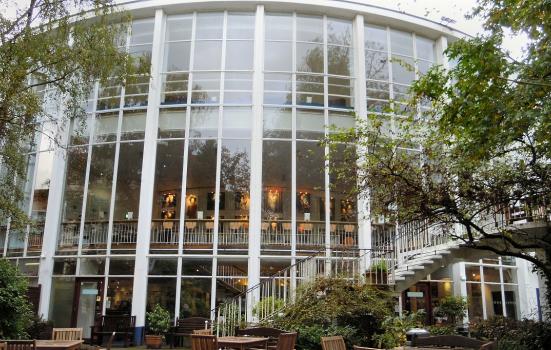 Yvonne Arnaud Theatre was the lead participant in the study

About 70% of visitors to select arts venues in Surrey would not have travelled to the area otherwise - or contributed significantly to the local economy.

Research from the University of Surrey with three venues - Yvonne Arnaud Theatre, Watt's Gallery Artists' Village and The Lightbox gallery and museum - found that every £10 spent on site attracted a further spend of £13.28.

The average spend at these institutions was about £30, meaning visitors spent just under £40 additionally at nearby retail and hospitality businesses.

"We don't realise the impact [of the arts] on the wider economy until these studies are done," Scarles said.

"We're going into a time that's going to be very economically challenging.

"When you look at what the theatre is doing by attracting people into town and spending in pubs and cafes, it really shines a spotlight on the value and the role of the arts and cultural sector - and that's even more important now."

The research was conducted between March and July 2020, meaning it reflects pre-Covid spending and post-Covid attitudes.

Scarles said the lockdowns inevitably and unfortunately limited the scope of the study. For example, all members of Discover Drama, Yvonne Arnaud's programme for people with additional needs, were shielding.

"We don't think this is comprehensive," she said.

But "what it did open up was the opportunity to reflect on how important the acitivites of the arts sector are for the community," Scarles added.

The venues' various health and wellbeing programmes in particular were considered "even more necessary" and likely to experience higher demand in future. Dementia and Alzhiemer's patients who The Lightbox normally works with were "deteriorating within themselves" because they were cut off from the programme, the study reported.

Read said audience feelings about the importance of communication were also heightened by the pandemic.

"What came through very strong for me... was how much the contact was valued.

"Sometimes they are not coming to see the pictures or a play but because we're open. We provide a much bigger function than people realise."

She said the difference between an arts centre as a meeting space as opposed to a cafe "is that we're animated".

"You're coming into somewhere that's already has a lively presence."

The researchers said that studies into the impact of the arts often focus on quantifying either their economic or social value when the two are not mutually exclusive.

"There is a danger of trying to attach economic value [to non-economic benefits]."

Li said the research differs from that of the DCMS Cultural and Heritage Capital Programme, which attempts to do exactly that by calculating people's willingness to pay, because it looks at the economic value generated rather than the capital value of arts and heritage sites.

"We thought it was important to give them some clear, robust arguments for the value the theatre brings into the community."