The pound-per-use value of some cultural and heritage activities has been calculated in a startling series of reports that could signal a sea change in funding decisions. 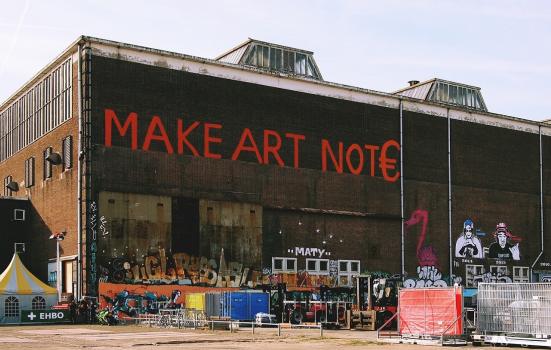 In a move years in the making, DCMS has created economic guidelines for valuing culture it says will guide future funding decisions.

Research based on the Treasury's model of social cost benefit analysis aims to help appraise policies, programmes and projects, as well as informing future legislation and regulation for the sector, decisions about retaining and investing in cultural assets, and priority interventions.

The monetary value of particular cultural and heritage activities was also calculated and considered in several startling reports released on Thursday.

ArtsProfessional will be analysing and sharing findings from the reports over the coming weeks. Email editors@artsprofessional.co.uk to share your views.

Studies into the public's willingess to pay for culture and heritage put the value of a visit to a regional gallery at £5, a month's access to British film archives at £3, and the historic character of a local high street at £7.80.

While the flagship report, Valuing Culture and Heritage Capital: A Framework towards informing decision making, notes economic value should not be the only consideration, it says an ongoing programme of research will "provide approved methods for use across government and the private sector, which will help officials develop transparent, objective, consistent and evidence-based advice for decision making".

Over the coming years, both funders and recipients in the cultural sector will be able to use these to guide their invesment decisions, DCMS says.

It could signal a sea change in how funders determine cultural organisations' value and how organisations represent theirs in turn: DCMS, Historic England, the British Film Institute (BFI) and Arts Council England (ACE) are promoting the framework as a way to make a stronger case for investment.

ACE Chief Executive Darren Henley said the funder "will be working with our cultural organisations to use these tools as they continue to play their part in helping the nation recover from the pandemic".

The timing of the reports is especially surprising given new optimism in the sector that the Government is more readily acknowledging and advocating the social and wellbeing benefits of culture following the lockdowns.

Cultural Recovery Commissioner Neil Mendoza said they will "make an important contribution to how we measure the value of culture and heritage".

"We need to make sustainable, evidence-based decisions so we can preserve cultural venues and sites while enabling people to enjoy them," Mendoza added.

The Culture and Heritage Capital Programme emulates 'natural capital', the framework used to calculate the value of clean drinking water and green space.

This approach will be important in understanding how benefits derived from one cultural asset or activity affect the entire cultural ecoystem, the key report suggests.

"Currently there is no agreed approach to measuring this contribution which means that the value of culture and heritage capital is often understated."

DCMS will initially focus on valuing assets such as collections, venues and artistic content, with an eye to later broaden the scope of its research.

Those more difficult to estimate in monetary terms - intellectual property, soft power, traditions, customs and folklore - will not be included at this time.

The report says cultural assets' value can be estimated by "forecasting" its benefits across its lifespan.

An asset's benefits depend upon its ability to provide goods and services, which can be influenced by its condition, history or design, among other factors.

"Defining these characteristics is more difficult for culture and heritage than for other forms of capital as the services are often derived from how a person interprets or feels about an asset," the report says.

How well heritage assets have been maintained is expected to be a "key characteristic" in assessing their value.

The merits and pitfalls of appraising culture's value through an economic lens has long been debated.

The idea that an economic rationale could strengthen the case for arts funding has become more popular over the past decade, with many professional organisations now producing annual reports that trumpet their contributions to the economy.

Creative industries economist Hasan Bakshi and colleagues called for better economic tools for measuring the value of the arts in their 2010 report, Measuring intrinsic value - How to stop worrying and love economics. That same year, Treasury asked DCMS to prove it represented value for money in the same fashion as other departments.

By 2013, then Culture Secretary Maria Miller spoke of understanding the economic potential of the arts as essential to making a case for funding. Organisations were exhorted to provide the Government with more and better data to prove their value.

Tools for doing this have evolved since then through partnerships between academics and the arts. Several institutes now exist for this purpose, including the Centre for Cultural Value at Leeds University.

But precise ways of measuring the sector's full contribution remain hard to reach. Economic impact is not the same as economic value: as DCMS' report notes, "GDP is an incomplete measure of public welfare and value".

DCMS' report says it won't give the sector valuation tools until it has "robust" evidence supporting their use.

The report states that "we must look beyond market prices" because free admission at some sites and the ability to enjoy culture without consuming it complicate efforts to capture culture's value.

So what else can organisations point to to demonstrate their worth to funders?

DCMS says the evidence demonstrates that people gain significant benefit from the existence of culture and heritage sites alone.

"Individuals can gain value from visiting an asset such as a monument, from admiring it from afar, by reading about it on the internet, or just by knowing they have the option to visit it," the report reads.

The public values the contributions these assets make to local identity, or through knowing continued access is available to family, friends and future generations.

Other non-monetary value can be calculated by surveying the public's willingness to pay or travel to access a service, 'subjective wellbeing', which considers the relationship between wellbeing and income, and quality-adjusted life years (QALYs), a common measurement for health interventions.

"This will allow organisations to use valuations of similar assets to value their own assets," the report says.

Reading this helpful article I am reminded of a quote from Albert Einstein and which sits above my desk; “Not everything that can be counted counts, and not everything that counts can be counted.” The cultural sector needs to consider the DCMS guidelines with great care. But it could be that it is being led up a path full of oxymoronic consequences.
To which the Treasury would no doubt respond - only if we can count it will we value it; and only if we can value it will we fund it. Probably the only organisation they wouldn’t apply that to is - the Treasury
The omission of intangible cultural assets from the framework hints at the risks of fuelling a "neutron bomb" approach to cultural funding - preserving buildings and other capital assets whilst the people whose creativity animates them are sidelined or even nullified. Surely unless we have a comprehensive understanding of all our cultural assets, tangible and intangible, an accurate appraisal of social value - which the Green Book advises should be based on the principles and ideas of welfare economics and concerns overall social welfare efficiency - cannot meaningfully be undertaken?