Research indicates people value gallery visits at £5 and would pay £11 to keep a local theatre going. What motivates that valuation is harder to define. 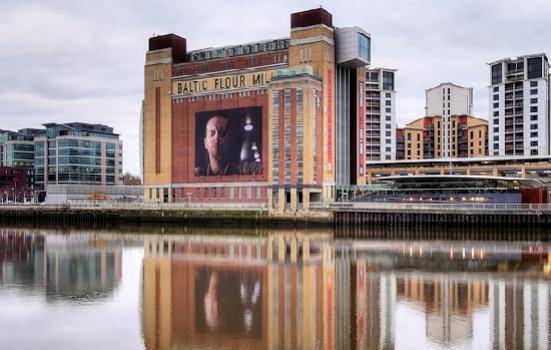 Baltic Centre for Contemporary Art was one of four galleries involved in the research
Photo:

People would pay £5 to visit a gallery or £11 to keep a local theatre going - but what motivates that valuation is harder to define.

Willingness to pay is partly motivated by a "warm glow" feeling about culture, research from Arts Council England (ACE) says.

Surveys revealed that gallery visitors were motivated to pay by their direct experience of the institution and an altruistic desire for others to enjoy the gallery, while non-visitors were partly motivated by the option of visiting in future.

Willingness to pay for theatres was more likely to be motivated by a sense of the importance of the theatre as a cultural site.

Across both types of venue and visitor status, people's willingess to pay was motivated in part by "a general 'warm glow' value for culture".

The research is part of DCMS' Cultural and Heritage Capital Programme, which seeks to provide a method of transferring the non-market benefits of cultural institutions across others of the same type.

ArtsProfessional will be analysing and sharing findings from the Cultural and Heritage Capital Programme over the coming weeks. Email editors@artsprofessional.co.uk to share your views.

In this way, the department aims to develop economic models for deciding and attracting funding for culture.

The economic values reached in ACE's report were considered academically "robust" enough to be adopted by other regional theatres and galleries.

University of London Professor Geoffrey Crossick commissioned a similar piece of work as Director of the AHRC Cultural Value Project in 2016, which valued Tate Liverpool and the Natural History Museum.

He said ACE's report represents an important step forward in valuing culture and refining how the findings can be used by other institutions.

"These kinds of study are expensive and we need to be able to scale up results in this way through benefit transfer."

While research on the unquantifiable benefits of culture must continue and be used to make the case for funding, art galleries and theatres have largely declined to engage with Treasury's Green Book requirements for social cost benefit analysis, "making it much more difficult to make the case for government investment".

"I genuinely can’t see... why shutting ourselves off from the Treasury’s Green Book helps us make that broader case," Crossick said.

The closer you live to a theatre or gallery, the less you're willing to pay to access it, the research suggests.

When locals' and non-locals' responses were split, those who lived close to a gallery or theatre were willing to pay £2.24 and £5.95 less on average respectively than out-of-towners.

Locals who had not visited the theatre were willing to pay more than non-locals who had never been, indicating that "proximity to the theatre facilitates a greater appreciation... potentially in terms of civic pride for the theatre's presence in the respective city".

While people were willing to pay significantly more via taxes (£11-13) to support a theatre than in a one-off donation to a gallery (under £6), the results were skewed by a minority of especially giving people. The median willingess to pay for a theatre was just £5.50.

The report said concluded that "those who appreciate arts and culture are willing to support sites they have not visited, compared to those that support arts and culture because they believe they will visit it".

Compared to galleries that are often free to enter, regional theatres have a clearer set of traditional market values because people buy tickets, the research says.

However, it notes ticket prices are "only a partial picture of the value theatres provide".

"Often overlooked, regional art galleries and theatres also hold value for those who never have visited or directly benefited from them.

"Those who never actually visit the cultural institution may still value its presence in the area, whether due to a sense of regional pride, awareness of the benefits that others gain from it, or the option to one day visit it."

Crossick said that while it's interesting to know the relative value people attach to institutions, regional galleries' and theatres' overall benefits cannot be captured by that alone.

"This report, for all its technical refinement, has real limitations.

"As the authors acknowledge, it does little to help us understand how and why people attach value to these galleries and theatres, what they get from them.

"The answer to those questions is not to be found through these techniques but by exploring other and often qualitative methods."