Silos must end for the arts to thrive, report concludes

The final report of the Warwick Commission inquiry finds the future of cultural value as lying in a seamless relationship between the cultural sector and the creative industries, coupled with a focus on enterprise and creativity in schools. 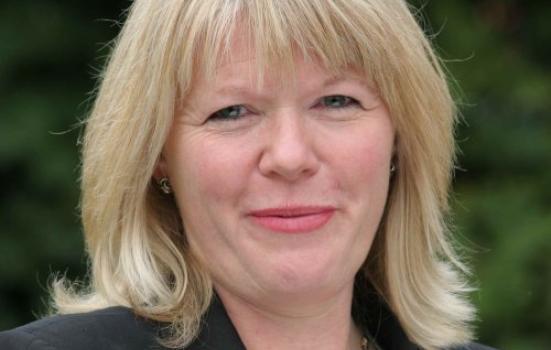 Vikki Heywood: “The government and the Cultural and Creative Industries need to take a united and coherent approach that guarantees equal access for everyone to a rich cultural education and the opportunity to live a creative life.”

More needs to be done to recognise the synergies between the cultural and creative industries, according to the arts leaders at the heart of the Warwick Commission inquiry into the Future of Cultural Value, who have published their final conclusions today. Identifying the two sectors as part of an ecosystem with interlocking parts that feed and depend on each other, and unlocking the potential of the flow of talent, ideas, and investment between them, will be essential if Britain is to secure greater value from its cultural and creative assets, they say, in a report that aims to provide a blueprint for Britain’s cultural and creative enrichment. The report describes the current reality as being one that is “over-siloed and disconnected in terms of policy making, strategy and financing”, and describes this as “particularly true for the publicly funded arts, culture and heritage sector”. The consequence of this has been that, “at a time of austerity and significant cuts in public funding, their future viability in terms of talent development and audience/consumer generation is disproportionately negatively influenced”.

The report marks the end of a 12-month inquiry by some of the country’s most senior figures across the cultural and creative industries, who joined forces in an attempt to identify a route forward that would protect and enhance the strengths of these sectors, and ensure that their value is both recognised and shared. As well as identifying key policy aims, the group has proposed a series of detailed measures to secure investment in the cultural and creative industries, to embed culture and creativity in education, to diversify the creative workforce and consumers, to take advantage of the digital revolution and to reduce the discrepancy between the cultural offer in the capital and in England’s regions.

A stern warning about the importance of investment in the ‘Cultural and Creative Industries Ecosystem’ lies at the heart of the report: “The Warwick Commission believes strongly that further reduction from current levels of public investment will undermine the ecosystem, creating a downward spiral in which fewer creative risks are taken, resulting in less talent development, declining returns and therefore further cuts in investment.” Using the film industry as an example, it identifies the “points of connection between the Cultural and Creative Industries” as being where the greatest potential for value creation lies. The Commission is calling for a national plan for the publicly funded arts, culture and heritage sector that complements the Creative Industries Council’s *Create UK industrial strategy, saying the plan “must focus on an holistic ecosystem approach”, through the securing of investment, the diversification of the workforce at all levels, sustained by an effective pipeline of talent and skills, and building demand for participation in a cultural life.

As a group, the Commissioner team developed the recommendations set out in the report, but the evidence and insights underlying them is based on testimony from more than 200 individuals from across the arts, culture and heritage sectors, the creative industries, organisations responsible for arts development and training, government bodies and academics. Three public debates, including provocations from economist Robert Peston and design leader and philanthropist Sir John Sorrell also fed into the process.

Chair of The Warwick Commission, Vikki Heywood CBE, has summarised the report’s key message as a need for the Government and the cultural and creative industries “to take a united and coherent approach that guarantees equal access for everyone to a rich cultural education and the opportunity to live a creative life”. The roles that specific Government departments must play in this are clearly identified. “Measures must be taken by DCMS, in partnership with Department for Communities and Local Government, to reduce the discrepancy between the cultural offer in the regions and that in the capital”. Up until now, the report points out, policymakers have primarily been focused “on the positive economic influences of a rejuvenated cultural offer across our towns and cities”. It advises key public and private investors to develop “place-based strategies” that are “more responsive to local cultural and creative needs and demographics”. Also highlighted is the need for the Department for Education and Ofsted to ensure all children up to the age of 16 receive a broad cultural education. The Commissioners warn that the English education system’s failure to focus on creativity and enterprise, and to identify, nurture and train tomorrow’s creative and cultural talent will “negatively impact not just on the future of the creative industries but on our capacity to produce creative, world-leading scientists, engineers and technologists”. It recommends cultural organisations be “incentivised to increase demand and take-up from children, young people and families previously less engaged”.

Among the measures suggested for extending engagement with the creative and cultural sectors to a much wider cross-section of the public, the report proposes the launch of “a popular campaign” celebrating Britain’s arts, by the BBC working with cultural networks such as What Next? and Voluntary Arts. The campaign would aim “to make our cultural landscape more visible to the public and to reconnect the public with culture at national and local levels”. BBC Director General Tony Hall has stepped forward to endorse this: “The UK is a powerhouse of creativity, talent and ideas and, as the Warwick Commission sets out, the BBC has a vital role to play. I want us to work with others like never before to educate and inspire everybody. Later this week, we'll be helping to launch the biggest campaign we've ever had to raise the profile of the arts in our country… The Commission’s Report is a blueprint for the continued success of arts and culture in Britain. It’s written for everyone – right across our industry and in every walk of life – and I join with its authors in calling for all of those who have a part to play to give themselves permission to believe in a better future for the arts.”

The “digital revolution” is also seen as having the potential to offer opportunities for greater participation in informal cultural and creative activity, but the inquiry found “we can do more to exploit the opportunities offered by digital media to broaden interest in and access to culture”. It recommends the development of a ‘Digital Public Space’ – a kind of digital library of the UK’s artistic and cultural assets that would provide secure and equitable access to digitised content and resources, with the aim of empowering everyone “to assume their full and fulfilling role as digital cultural consumers, regardless of skill level, ability, status or income”.