Liz Hill reflects on a Warwick Commission debate which revealed the enthusiasm of the creative industries for better creative and cultural education in schools – and the barriers to making it happen. 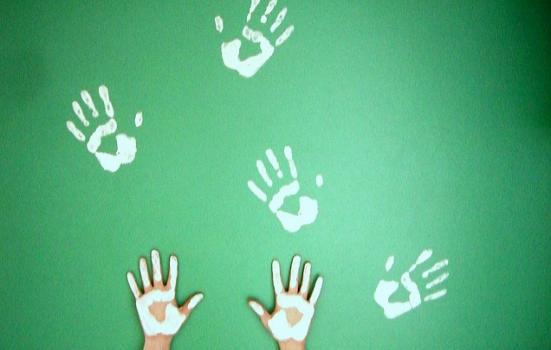 What is the future for creative talent in the UK, and what do we need to do to ensure a healthy future for young talent? This ‘Education Challenge’ is the latest question to become the focus of the Warwick Commission debates on the Future of Cultural Value. Taking to the stage to provoke an assembled audience of cultural professionals around this question last week was Sir John Sorrell, whose pedigree in the design world is second to none. As well as being Co-founder and Chair of Newell and Sorrell, one of Europe’s most successful design agencies, and of the internationally celebrated London Design Festival, he has also been appointed by successive Prime Ministers to promote Britain’s creative industries abroad as a UK Business Ambassador, so he has the ear of government. But perhaps more relevant, from the arts point of view, he is the philanthropist behind The Sorrell Foundation and its inspiring National Art&Design Saturday Club; Chairman of the University of the Arts London; and most recently, Founder and Chairman of the fledgling Creative Industries Federation, which “aims to be the independent voice for the UK’s creative industries”.

Given his CV, it should come as no surprise that the emphasis of Sorrell’s provocation was on the gap between the development of the creative industries and the development of creativity in schools. He, of all people, is in a position to recognise the value of creative and cultural education and to predict the implications of creativity continuing to be “seen as a second class citizen” to the other two pillars of the education system – literacy and numeracy. How can schools be deemed ‘outstanding’ by Ofsted without offering an outstanding creative and cultural offer, he asked – and perhaps he had a word with Shadow Culture Secretary Harriet Harman, who picked this up as a theme just a few days later.

The Chinese are pulling out all the stops to achieve their goal of having ‘Designed in China’ – not just ‘Made in China’ – stamped on their manufactured goods. Sorrell believes – and who could dispute him – that the UK needs to wake up and recognise that the failure to develop creative education in schools will ultimately be the downfall of the country’s creative industries (a £71bn sector that according to Vince Cable is now “one of our most important industries which help define our country’s brand around the world”). If nothing is done to support the talent pipeline from schools into the creative industries, Britain’s days as the world benchmark for creative excellence are numbered. He quoted Sir Peter Bazalgette’s view that “arts and culture are the incubation unit for the creative industries”, calling for us all to start recognising the creative learning journey as “a holistic experience that begins in primary school and ends in professional practice”.

But how to make it happen? There’s the rub. Sorrell sees the problem as starting at the very top. With policy-making divided – schools falling under the Department for Education, and Higher Education joining businesses under the Department for Business Innovation & Skills – schools have become disconnected from professional practice, and creative and cultural education is not valued for its role on the pathway to employment in the wider creative sector. Despite the importance of arts teachers being sufficiently “in the loop” with the creative industries to understand and generate enthusiasm for careers options, the infrastructure is not in place to enable that to happen.

When Sorrell’s provocation was opened up to a panel debate, we were left with the feeling that, as things stand, the work by panellist Sonita Alleyne, whose film-making aims to make connections between what children are being taught and working life, was as close to professional creative practice as most teachers will ever get. Unsurprisingly, Munira Mirza, Deputy Mayor for Education and Culture of London, raced to the defence of the capital’s education policies. But Deborah Bull, Director of Cultural Partnerships at King's College London, went straight to the heart of the problem: short term policies and tactical interventions won’t lead to change. There have been plenty of those, and both Bull – whose family includes teachers – and panellist Tim Boyes, Headteacher at Queensbridge School in Birmingham, were quick to point out that setting more targets and introducing more initiatives aimed at teachers would do little more than stretch that profession to breaking point. Education is “too important to be left to Government”, said Bull, who sees long-term policies with continuity beyond the electoral cycle as the only effective option.

It was tempting to leave this Warwick Commission debate with head in hands, having recognised the enormity of the problems and the paucity of solutions for embedding creative and cultural education into the school system. But what struck me was Sorrell’s conviction that the arts are an integral and fundamental part of the creative sector. His own background may be design, but there are no silos in his vision for joined-up creative education and professional practice. The arts feed the creative industries and he understands the value of both. The birth of the Creative Industries Federation will give the arts sector a much wider forum through which to express its value, and a louder, more powerful voice with which to speak to Government. I’m hopeful that, with Sorrell behind it, creative and cultural education will be among the early items on the agenda.

This is an issue which is at the heart of the whole creative sector and not only in the UK, as demonstrated. The recent BBC news story of the Metropolitan Opera facing bankruptcy is an acute example of the problem and the lengths to which it has gone in the US. The solution to the problem is a simple one of political will - the will to value creativity and its importance to our civil society. However, this political will is often at the heart of some of the most complex problems, both the will to do something not in the interests of society, and the will not to do something beneficial for society. To go back to the BBC story on the MET. The comments made by managing director, Peter Gelb, states the problem with extreme clarity, ""Children are brought up to be tech wizards and to have the attention spans of mice. How do you educate new audiences to like opera which takes three or four hours and is in foreign languages? "We're trying. As long as governments are not interested in arts education, I think we are in a Catch-22 situation. "How can we possibly hope to create new audiences for this art form if we are not introducing them or educating them?" It's simple, you cannot have a healthy creative sector without government support, which includes support for the arts in education. When this support is taken away, the inevitable funding cuts start to happen and the first things to get cut are personnel - just like at the MET and as we've experienced in the UK. If the cycle isn't reversed and government support - and I don't mean just money, money problems are always there, this support is philosophical, fundamental, support as value - reinstated, the UK will see the same utter collapse of the arts and society as in the US.
The problem is possibly wider than you think and is not necessarily the same for all artforms. It was rather well addressed by Graham Devlin in his paper "19th Century artforms at the dawn of the 21st". It was downloadable from the Missions Models Money website, but I am not sure if it is still there.