An expert on sexual misconduct in higher education says the conservatoire’s senior staff must “take the lead in challenging behaviours and attitudes among their colleagues” to transform their culture – and the culture of classical music. 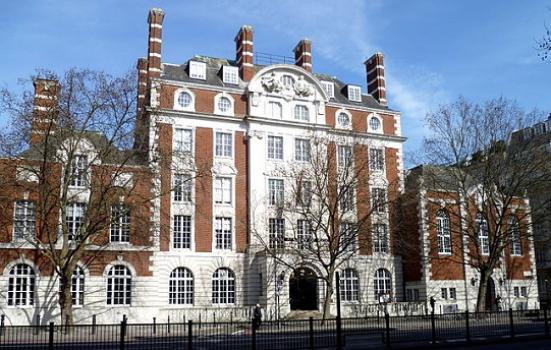 Allegations of sexual harassment at the Royal Academy of Music have sparked an independent review
Photo:

The Royal Academy of Music (RAM) has commissioned an independent review into its safeguarding policies and complaints process following a series of complaints of sexual harassment.

Classical music website Slipped Disc reported last week that at least 15 students in their early 20s had complained of inappropriate behaviour by tutors. Among the complainants are students who were allegedly told to take a year off “and go work in a brothel”, “get used to the casting couch”, and provide sexual favours.

The scandal has refocused attention on the classical music sector’s chronic problem with sexual harassment and assault. A new survey of Musicians’ Union members found nearly half had been sexually harassed at work, while 60% of classical musicians involved in a 2017 study by the Incorporated Society of Musicians (ISM) had experienced sexual harassment, with conservatoires, schools and music colleges among the most common settings in which it occurs.

RAM students have thus far felt their complaints fell on deaf ears. The academy says students’ voice will be “a critical part” of the review process.

“The review provides an opportunity to further strengthen measures to ensure the safety and wellbeing of students and also to address any areas where more needs to be done.

“The safety and wellbeing of students is of paramount importance to the RAM and we strive to create an atmosphere of respect, dignity, inclusivity and equality.”

RAM did not answer questions about whether it had provided pastoral care or support to the student complainants. The RAM Students’ Union did not respond to a request for comment.

Online reaction to news of the complaints has been swift. Richard Painter, a former chief ethics lawyer for the White House, tweeted: “Yet another prestigious music school with a “casting couch. Pathetic.”

Miriam Taylor, a British psychotherapist, wrote that the term ‘casting couch’ was likely “a smokescreen for really serious abuse”.

Dr Anna Bull, a director of research collective The 1752 Group and Senior Lecturer in Sociology at the University of Portsmouth, told ArtsProfessional that sexual misconduct is often “minimised and invisibilised” in higher education institutions: “therefore, when students do come forward it is vital that institutions are prepared and willing to address issues raised.”

She said higher education institutions need mechanisms for raising low-level concerns and buy-in from senior management to change attitudes and priorities across all levels of their operation.

“[This] can be particularly challenging for conservatoires as they often employ high numbers of part-time hourly paid teaching staff.

"Nevertheless, the courage of these students in alerting the RAM to their concerns creates an opportunity for the RAM, and conservatoires more widely, to show leadership across the classical music sector by transforming their culture into one where sexual misconduct is no longer accepted.”

The situation at RAM also raises important questions about how information about employees is shared between arts organisations, Bull said.

RAM suspended its Head of Opera, Gareth Hancock, last week after he was fired from Glyndebourne Opera for “clear evidence of inappropriate behaviour” towards a colleague there. Glyndebourne declined to answer questions from ArtsProfessional about whether it alerted RAM of its decision.

Hancock resigned from RAM without explanation on Monday. It is not known whether he is the subject of any of its students’ complaints.

Bull said there are “difficult questions about data sharing and safeguarding to be navigated” that cannot be addressed by institutions in isolation.

An RAM spokesperson said the terms of reference for the review are still being finalised.